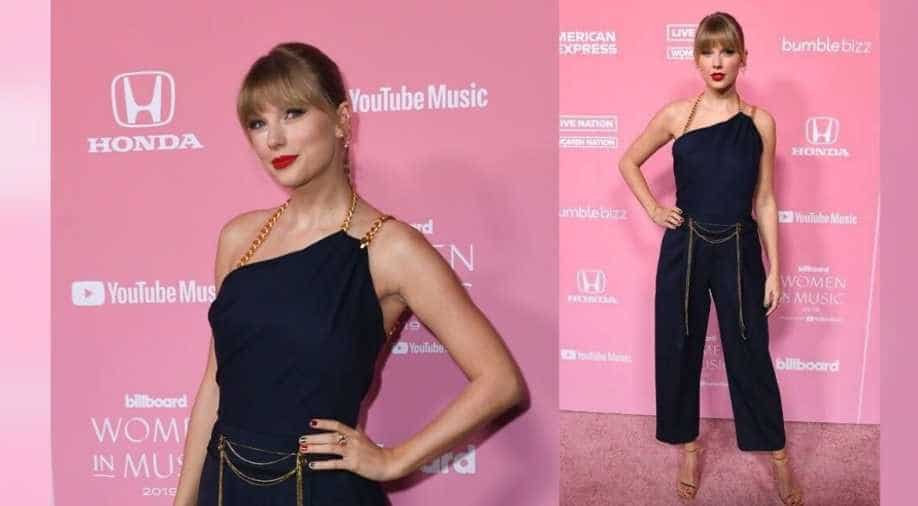 Taylor Swift was one of several celebrities to join Pride Live's Stonewall Day Instagram live stream event to speak up for LGBTQ rights.

American singer Taylor Swift is calling for more inclusion in the country for transgender and non-binary people.

According to the news agency, the 30-year-old pop star was one of several celebrities to join Pride Live's Stonewall Day Instagram live stream event to speak up for LGBTQ rights. The remote event was held in honour of the 1969 riots that took place at the Stonewall Inn, a New York City gay bar and the historical site where the gay rights movement was launched.

Swift said to begin her recorded speech, "I wanted to say happy Pride Month. The Stonewall Inn has been such a symbol of rebellion in the face of oppression and such a safe space for people. I want to say thank you to everybody who works there, everyone who has worked there, everyone who`s made it the place that it is."

The Grammy winner reminisced on her time performing at the venue, calling the people she met there "so lovely and wonderful."She also praised the U.S. Supreme Court's June 15 ruling protecting LGBT workers from job discrimination as a "really good step forward" before raising issues with policies she believes are lacking the same support.

Swift said, "The Equality Act has still not been passed and that needs to happen."The 'Love Story' songstress then condemned the Census Bureau for its lack of inclusion for transgender and non-binary people.

She said, "I got my census the other day, and there were two choices for gender. There was male and female, and that erasure was so upsetting to me, the erasure of transgender and non-binary people. And when you don`t collect information on a group of people, that means that you have every excuse in the world not to support them." When you don't collect data on a community, that's a really, really brutal way of dismissing them," she said.