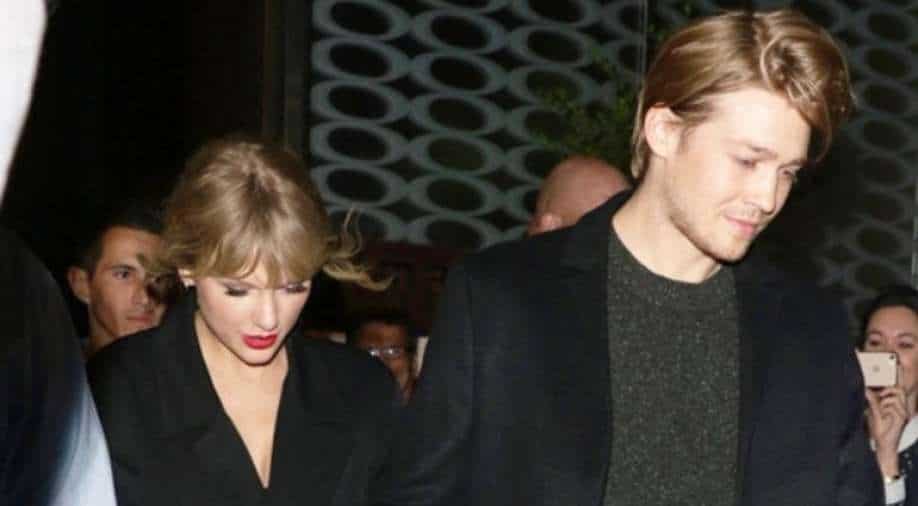 Rumours of an engagement for Taylor Swift and Joe Alwyn started circulating last month when the pair travelled to Cornwall, in Alwyn’s native England, for a three-day romantic trip.

Has Taylor Swift gotten engaged to her long time boyfriend Joe Alwyn? Multiple reports seem to suggest that Swift and Alwyn have indeed exchanged rings after five years of dating.

Rumours of an engagement for Swift, 32, and the 'Conversations with Friends' star, 30, started circulating last month when the pair travelled to Cornwall, in Alwyn’s native England, for a three-day romantic trip.

Alwyn, while promoting his new series last week, spoke about open relationships and said, "People can do whatever they want that makes them happy. I’m obviously happy in a monogamous relationship."

Swift too gave attribution to her beau last year when one of her two 2020 albums 'Folklore' won the Grammy for Album Of The Year.

"Joe, who is the first person that I play every single song that I write, and I had the best time writing songs with you in quarantine,” Swift said in her acceptance speech.

The couple has been spending a lot of time together in the recent past. According to a source close to the artist, the 31-year-old singer recently made a vacation to spend time with actor Joe Alwyn at work! According to the source, "Taylor visited her boyfriend on the set of his movie."

Both Alwyn and Swift have not yet confirmed the news of their engagement.

Did you know Lady Gaga was approached for this big project starring Brad Pitt?