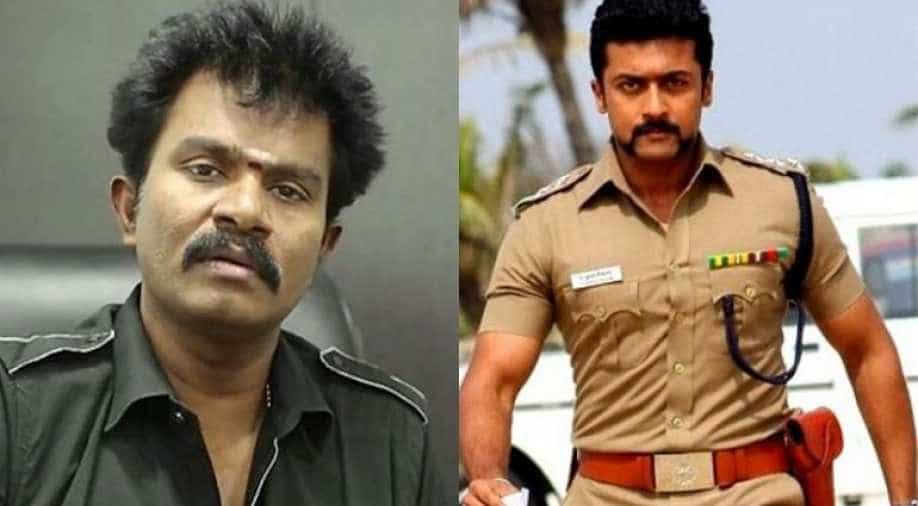 File image of Hari and a still from 'Singam' featuring Suriya. Photograph:( Twitter )

Best known for directing films 'Singam' and 'Saamy', Hari has said he regrets celebrating the police force in his films.

The brutal death of father-son duo Jayaraj and Felix in police custody in Thoothukudi, Tamil Nadu has shocked the entire country. Several film actors and directors have spoken out, condemning the violence. Now, director Hari, who is best known for director cop drama 'Singam' has expressed his regret at glorifying the police in his films.

Best known for directing films 'Singam' and 'Saamy', Hari has said he regrets celebrating the police force in his films. “These kinds of incidents should not take place in Tamil Nadu again. Due to a few officers, the whole police department is now tainted. I regret making five films celebrating the police,” he said in his statement.

Jeyaraj and Fenix were reportedly brutally beaten and sodomized by the police which led to their death. The police picked up the father-son duo after they kept their mobile shop open even after curfew during the lockdown. While Fenix died at the Kovilpatti General Hospital on June 22, his father died on June 23.

Several film celebrities took to Twitter to demand justice for Jeyaraj’s family. Actor Rajinikanth, according to his publicist, called Jeyaraj’s wife and conveyed his condolences. Bollywood actors like Kareena Kapoor Khan, Sonam Kapoor, and others too have demanded strict action against the perpetrators.