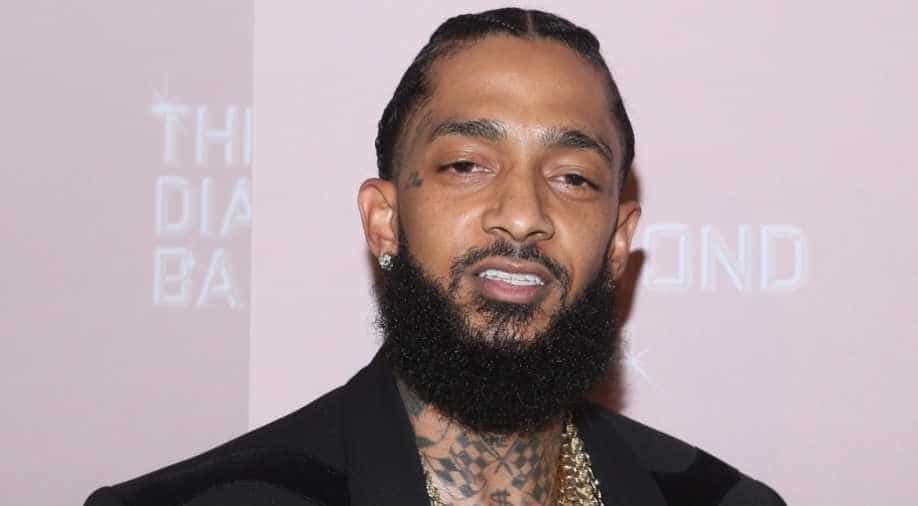 Hussle, 33, whose real name was Ermias Asghedom, was shot multiple times on Sunday afternoon outside of his clothing store, Marathon Clothing, in south Los Angeles.

The man suspected of fatally shooting Grammy-nominated rapper Nipsey Hussle in a personal dispute was arrested in a Los Angeles suburb on Tuesday, a day after authorities named him publicly, police officials said.

Hussle, 33, whose real name was Ermias Asghedom, was shot multiple times on Sunday afternoon outside of his clothing store, Marathon Clothing, in south Los Angeles. Two other people were wounded in the shooting, police said.

Eric Holder, 29, was arrested in connection with the shooting in the suburban community of Bellflower, Los Angeles police spokesman Jeff Lee said by phone.

Hussle`s debut studio album, 'Victory Lap,' was nominated for Best Rap Album at this year`s Grammy Awards. The rapper`s death rattled the entertainment and hip-hop world, with celebrities posting memories of the musician on social media.

After the shooting, Holder, a Los Angeles resident, fled the scene in a Chevy Cruze driven by a woman, Police Chief Michel Moore told reporters.
Police considered the car`s driver a person of interest.

Authorities had no information to indicate Hussle`s death was related to gang activity.

The area where Hussle was killed has seen an increase in shootings in recent weeks, Los Angeles Mayor Eric Garcetti told a news conference.

On Monday, a crowd gathered for a vigil outside Hussle`s clothing store. Some people in the crowd mistakenly believed they heard gunfire, setting off a stampede that left at least two people critically injured and 10 others hurt, officials and media reports said.

Hussle, who was of Eritrean descent, grew up in south Los Angeles. He talked about once belonging to a street gang, but more recently he had become a community organizer and activist.

He had planned to meet with Steve Soboroff, president of the Los Angeles Police Commission, to work on ways to prevent gang violence in his neighbourhood, Soboroff said.