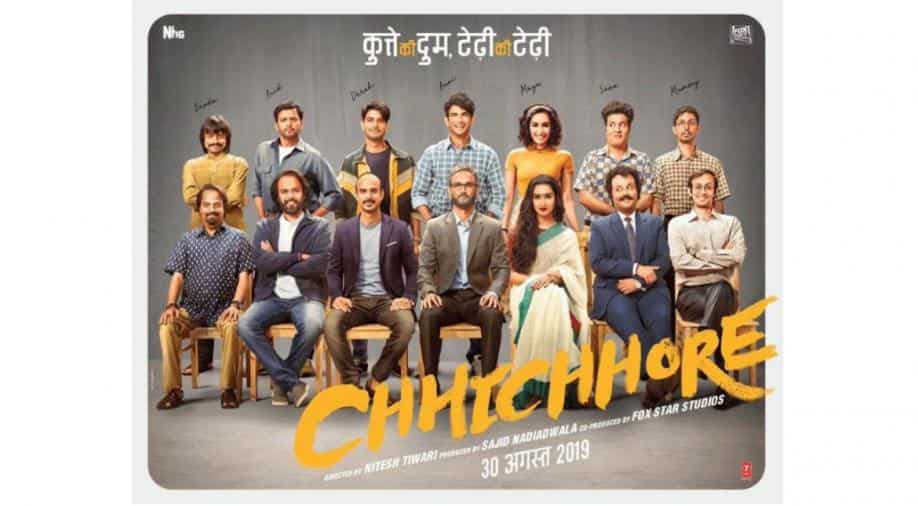 The film raked in a total of Rs 102.19 crore, trade analyst Taran Adarsh shared on his Twitter account. The film earned Rs 5.34 crore on its second Friday and saw a major jump on second Sunday, earning Rs. 10.47 crore. The film collected Rs 4.02 crore and Rs 4.11 crore on Monday and Tuesday, respectively, to hit the 100 crore mark.

Valid observation: ₹ 💯 cr is *not* the yardstick to gauge the success of a film... However, it should be celebrated when mid-sized films like #SKTKS, #Raazi, #Stree, #BadhaaiHo, #Uri, #KabirSingh and #Chhichhore hit century... Content is king and audiences are king makers!

`Chhichhore` is full of nostalgia and plays on the themes of friendship and college life. The film revolves around Anni (played by Sushant) and his college buddies. It showcases how their lives undergo major changes after they all graduate.

One part of the film shows the friends in their college and how they strive to win a competition and the second part features them all grown up.

The gang, which gets separated after college, reunites years later in a hospital when one of their friends' child meets with an accident. Read the film's review here.

Directed by Nitesh Tiwari, the film is produced by Sajid Nadiadwala and had hit the big screens on September 6.