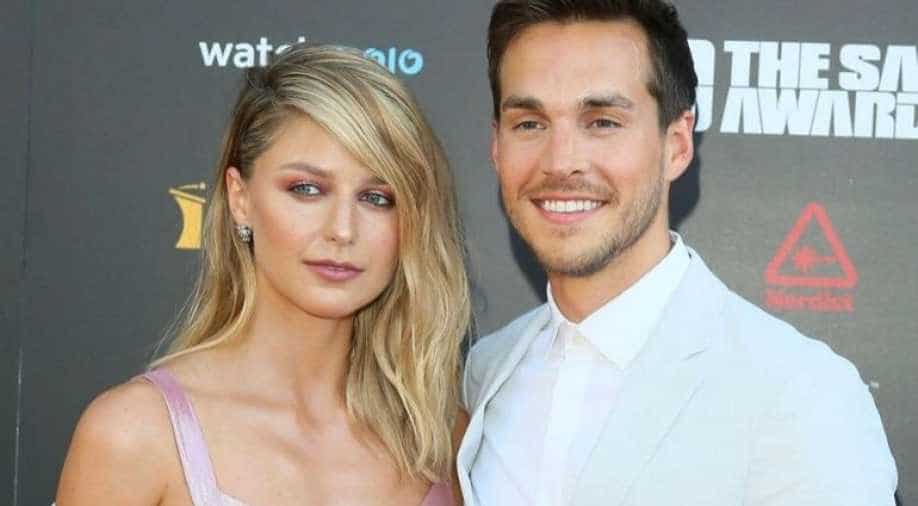 American actor and singer Mellisa Benoist is receiving massive support after her confession of past domestic abuse. Benoist's husband and American actor Chris Wood has also come in the support which has now extended to an online hashtag, #IStandWIthMelissa.

He also has made this a challenge and asked his online followers, "How do YOU show love?"Earlier this week, Benoist confessed publicly that she is a domestic abuse survivor. She did not name her abuser, but Wood is her second husband of just a few months, whom she wed in September, reported a magazine.

Happy Thanksgiving! I’m going to kiss my wife and hold her tenderly. All day. And every day. How do YOU show love? #IStandWithMelissa

On Thursday, Wood used the viral hashtag #IStandWithMelissa in a tweet to wish followers a happy Thanksgiving."Happy Thanksgiving!" He tweeted, "I'm going to kiss my wife and hold her tenderly, All day. And every day. How do YOU show love?".

The 'Supergirl' actor raised her domestic abuse allegations in an emotional video on Instagram on Wednesday. She claimed that she was a survivor of domestic violence, enduring months of abuse from a romantic partner.

The long and winding road of healing and reconciliation has brought me to this moment where I feel strong enough to talk about my experience openly, honestly and without shame. By sharing my story, hopefully I can empower others to seek help and extricate themselves from abusive relationships. Everyone deserves to be loved void of violence, fear and physical harm. @futureswithoutviolence

In an Instagram video, she said, "I am a survivor of domestic violence or IPV, which is something I never in my life expected I would say, let alone be broadcasting into the ether."She explained her trauma of the domestic violence, "The stark truth is I learned what it felt like to be pinned down and slapped repeatedly, punched so hard the wind was knocked out of me, dragged by my hair across pavement, head-butted, pinched until my skin broke, shoved into a wall so hard the drywall broke, choked, I learned to lock myself in rooms but quickly stopped because the door was inevitably broken down.

I learned to not value any of my property-replaceable and irreplaceable. I learned not to value myself."The 31-year-old actor finally took action when she suffered major injuries due to her partner threw an iPhone at her face. She continued," The impact tore my iris, nearly ruptured my eyeball, lacerated my skin and broke my nose, my left eye swelled shut. I had a fat lip ... Something inside of me broke, this was too far.

"Benoist finally decided to leave the relationship, after a discussion with a friend, she said in the video that Leaving such a relationship was not a walk in the park. It is not an event, it's a process. She felt complicated feelings of guilt for leaving and for hurting someone she had protected for so long, and yes, a "mournful feeling of leaving something familiar," she said.

She concluded, "But luckily, the people I let in, the more I was bolstered, I never lost the sense of clarity that kept telling me, 'You do not deserve this'."