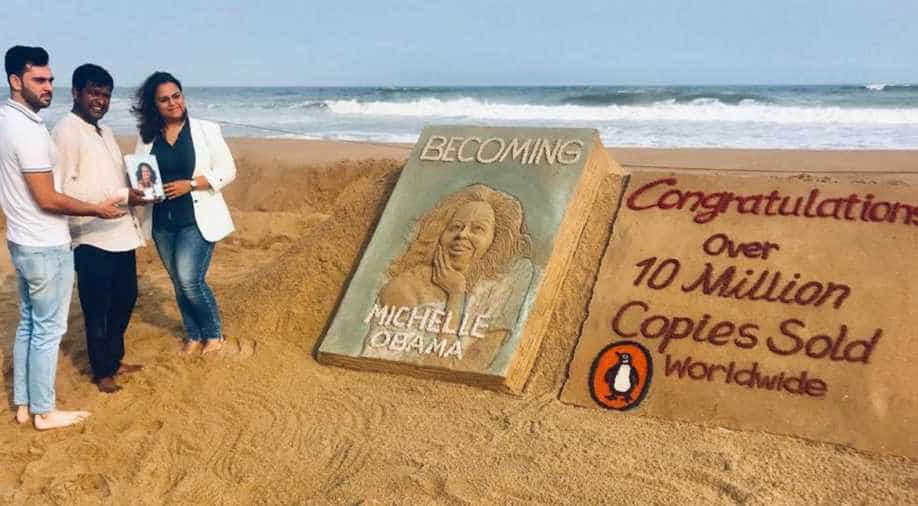 This is the first time when Sudarsan has worked on a Michelle Obama sculpture.

Michelle Obama’s book titled ‘Becoming’ witnessed a milestone event this year as it became the highest selling memoir of all time with more than 10 million copies sold.

The book is not only a hit in the US market but has received a great response from the Indian market too. Penguin India has sold more than 70,000 copies of the book since its release.

The Penguin India team and Padma Shri-winning sand artist Sudarsan Pattanaik came together and celebrated this momentous occasion by creating a beautiful sand tribute to Michelle Obama to mark the global and unprecedented success of the book.

The sand sculpture was created at the Puri beach in Odisha. Through the striking sand sculpture, Mr Pattanaik congratulated Michelle on the breakthrough success of the book. Talking about it, Sudarsan said, “Michelle Obama’s story is as nuanced and beautiful as the granules of sand. And much like the ocean, it is everlasting.”

This is the first time when Sudarsan has worked on a Michelle Obama sculpture.