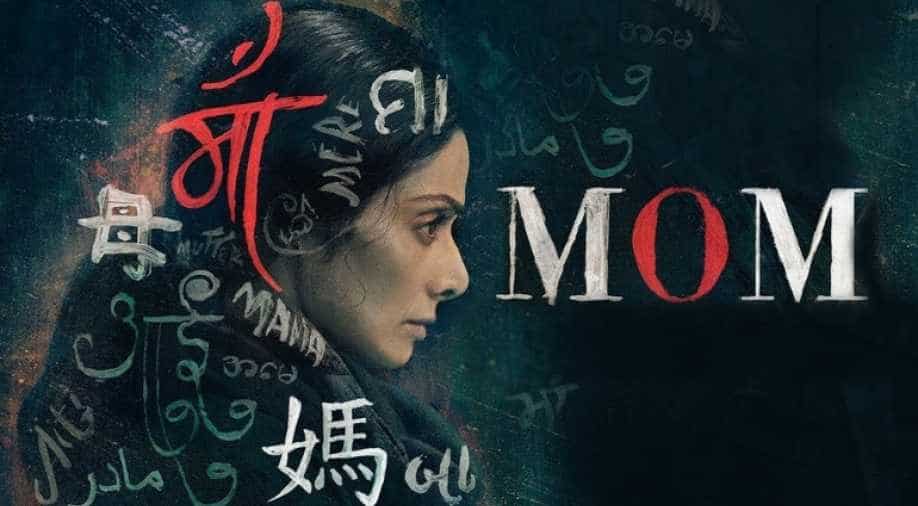 The Ravi Udyawar-directed revenge thriller follows a mother (Sridevi) who avenges a crime committed against her step-daughter.

Chinese fans of late actress Sridevi will get to see her one last time on the big screen in 'Mom' which was her last feature film. The film will be releasing on Mother's Day in China.

The Ravi Udyawar-directed revenge thriller follows a mother (Sridevi) who avenges a crime committed against her step-daughter.

The film was earlier scheduled to release on March 22 in the country but now has been set for May 10. Trade analyst Taran Adarsh shared the new poster on Twitter.

We wanted to pick the perfect date for the release of such a special film like 'Mom' in China, which is a huge market and has great potential for the film to do well. As a tribute to all mothers, we have chosen May 10 to release this", Vibha Chopra, Head, Zee Studios International (Film Marketing, Distribution and Acquisition) said in a statement.

Sridevi was honoured posthumously with a Best Actress National Film Award for her performance in the 2017 film.

The film marked the 300th screen appearance for the veteran actor, who passed away on February 24, 2018 due to accidental drowning at a Dubai hotel.
'Mom' has already been released in Poland, Czech Republic, Russia, UAE, UK, USA, and Singapore. It co-starred Nawazuddin Siddiqui and Akshaye Khanna as well.