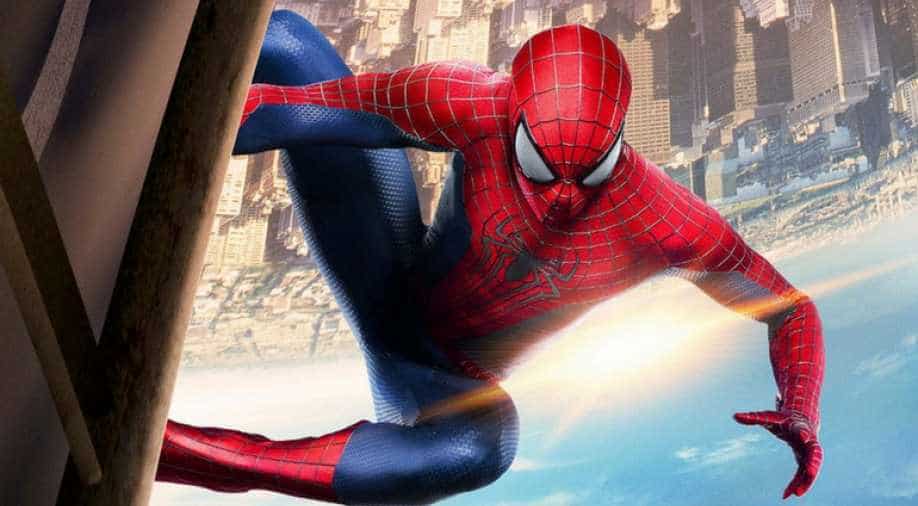 Peter Parker is a fictional superhero appearing in comic books published by Marvel Comics, as the first character to go by the identity of Spider-Man Photograph:( AFP )

In the upcoming movie, Holland is the spidey hero alongside Benedict Cumberbatch’s Doctor Strange, going up against Jamie Foxx’s Electro.

Here are some more set photos from the upcoming 'Spider-Man: No Way Home'.

The photos leaked online are teasing some fans that the movie might have some connection to Disney+ ongoing series 'The Falcon and the Winter Soldier'. The new pictures saw the bus advertisement showing the Statue of Liberty holding Captain America’s shield that triggered fans about the connection between the two Marvel storylines.

As of now, no one is aware at what time the next movie is taking place, and after the leaked photo, one can guess that the movie could see new Captain America return and helping Peter Parker in the next film (or keeping in mind the latest 'The Falcon and the Winter Soldier' episode, it might be one of the Avengers)

A new picture from the set of #SpiderManNoWayHome features a prop combining the Statue of Liberty with Captain America's shield! (via: @blockbustedpod)

Murphy's Multiverse is also reporting the prop will be featured in the backdrop of "a key scene." pic.twitter.com/kQpeCCg4sg

The third film in Tom Holland-led Spider-Man movie series will be all about the multiverse, and may open doors for ‘X-Men and Fantastic Four’.

In the upcoming movie, Holland is the spidey hero alongside Benedict Cumberbatch’s Doctor Strange, going up against Jamie Foxx’s Electro. The movie also bringing several characters not just from the MCU, but also from the previous Spider-Man franchise. Jamie Foxx’s Electro from The Amazing Spider-Man 2 and Alfred Molina’s Doctor Octopus are already confirmed to return.

'Spider-Man: No Way Home’ will release on Christmas this year.