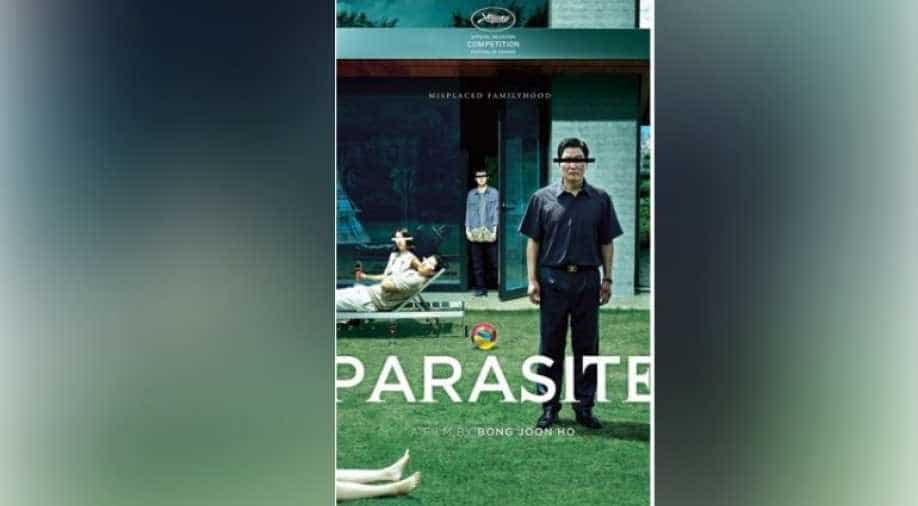 The black comedy, which won the Palme d`Or at the Cannes Film Festival this year, tells the story of a low-income family working their way into a rich family`s lives as household employees.

After winning the top honour at Cannes earlier this year, South Korean film 'Parasite' is headed to Oscars. The country has selected Bong Joon-ho`s films as its entry for the Best International Feature Film category at the 2020 Academy Awards.

The black comedy, which won the Palme d`Or at the Cannes Film Festival this year, tells the story of a low-income family working their way into a rich family`s lives as household employees.

The film is Bong`s second shot at the Oscars after his film `Mother` was selected by the Korean Film Council (KOFIC) in 2009, but didn`t make it to the final shortlist.

`Parasite` follows unemployed driver Kim Ki-taek (Song Kang-ho), his wife, Choong Sook (Jang Hye-jin), and their children as they struggle financially and aspire to live a rich life one day.

Things look up for the Kim family when the children are hired as a tutor and art therapist to the rich Park family.

'Parasite' is scheduled for North America release on October 11 in New York and Los Angeles ahead of the awards seasons.An independent jury led by Kim Young-Jin, programming director at Jeonju International Film Festival (JIFF) picked `Parasite` from a shortlist of eight feature films to represent Korea in the upcoming Oscars race.

After a successful opening in June, `Parasite` grossed over USD 71.3 million domestically and is the first Cannes-winning film that broke 10 million in ticket sales at the Korean box office.

Despite its strong home-grown film industry and stellar directors like Lee Chang-Dong (Burning) and Park Chan-wook (The Handmaiden), South Korea has never won the international feature film category or made it to the final shortlist.

The nominations for the International Feature Film will be announced along with other categories on January 13, 2020. The 92nd Academy Awards will be held February 9, 2020.