Better if I was from Pakistan: Sonu Nigam says comment taken out of context 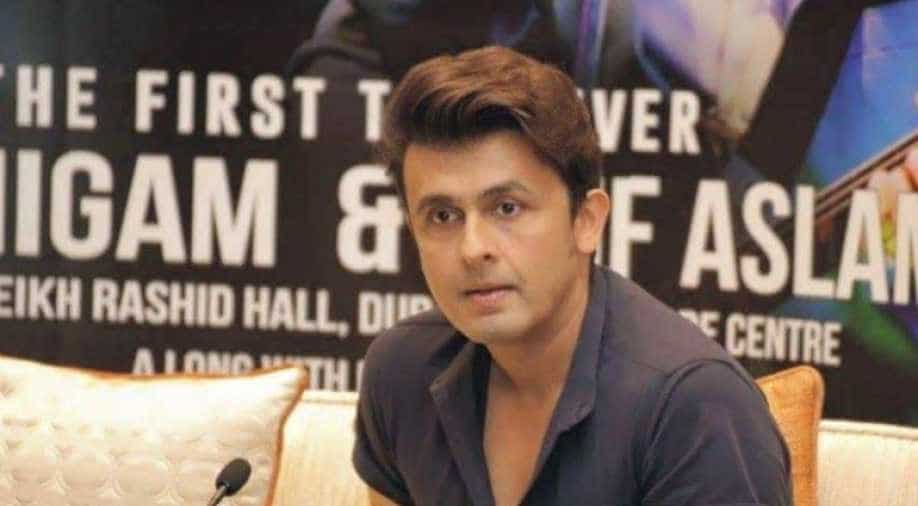 'Sometimes, I feel like it would be better if I was from Pakistan. At least I would get offers from India,' Nigam had said.

Sonu Nigam finds himself in the spotlight as he said something that according to him was taken “out of context”. At a media summit recently, Sonu said that it “would be better if I was from Pakistan”, taking a dig at artists from the neighbouring country who get more work in India.

When his statement ran in different publications, Sonu found himself in the middle of a controversy, which he addressed with a Facebook post. He said that the journalists missed the “real content” and his statement was “reduced” to “sensational” headlines.

The singer said he was simply trying to make a point about paying more royalty to the music companies for concert performances, something which the artistes from across the border don’t face. “Sometimes in an attempt to make headlines catchy and sensational, some journalists miss the real content. Yesterday’s AajTak Summit happened so amazing, and look what have they reduced it to...

“My point about being better off being born in Pakistan was about the music companies in India asking Indian singers to pay 40-50 per cent of their concerts remunerations to them, and only then they’ll work with those artistes... But they don’t ask the same from the singers from abroad, namely Pakistan. This was the important point I made... And these guys... changed it to ‘I would have been better off born in Pakistan I’d have work come my way.’ What do I say? Pathetic,” Sonu wrote on Facebook.

Sonu had earlier been in the news when he criticised the use of loudspeakers at places of religious importance.