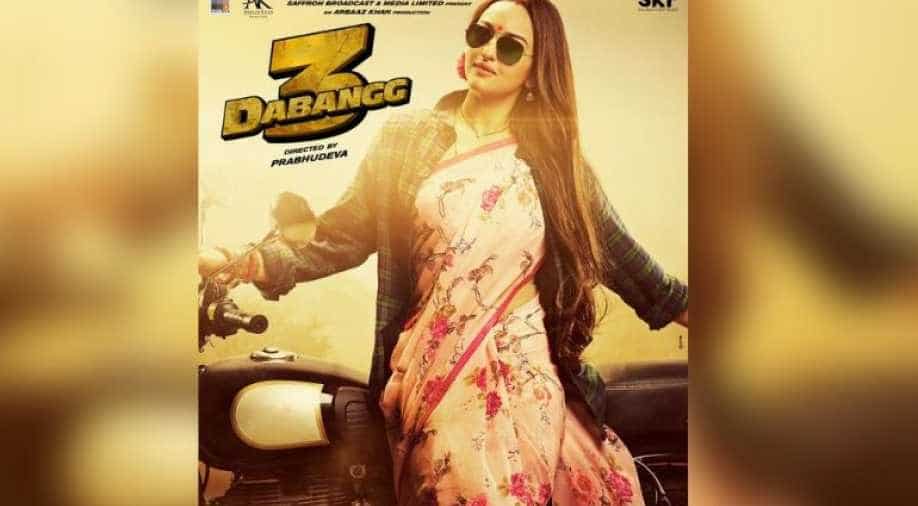 According to trade pundits, the collections 'Dabangg 3' has been affected due to the ongoing protests.

Sonakshi Sinha's big release 'Dabangg 3' may have hit the theatres last Friday but the actress feels the anti-CAA protests are far more important than her film.

Starring Salman Khan in the lead role, the third installment of the hit franchise hit theatres across the country on December 20 even as the country is protesting against CAA.

According to trade pundits, the collections of the film has been affected due to the ongoing protests.

'Dabangg 3' collected Rs 24.5 crore at the box-office on its first day of release and added Rs 24.75 crore on Saturday.
The film's business was affected not just because of anti -CAA stir, but there were reports that the film got leaked on online platforms on the day of the film's release affecting the film's business.

“I don’t know since how long we are urging the audience not to watch pirated films because it affects our industry in a negative way,” said Sonakshi, while interacting with the media at a charity event.

Commenting on the nationwide protests against CAA, Sonakshi said, “I am with the people of this country. I feel the way people are protesting on streets, you can’t snatch that right from them. I am very proud of the people who have come out and voiced their opinion. I am with them.”

On being asked why Bollywood has chosen to stay quiet on the oingoing CAA protest, Sonakshi said “I think whoever wants to voice (an opinion) will voice, and whoever doesn’t want, will not. After all, that is also their right.”

While celebrities like Aamir Khan, Salman Khan, Shah Rukh Khan and Amitabh Bachchan have chosen to maintain silence on the matter, there have been