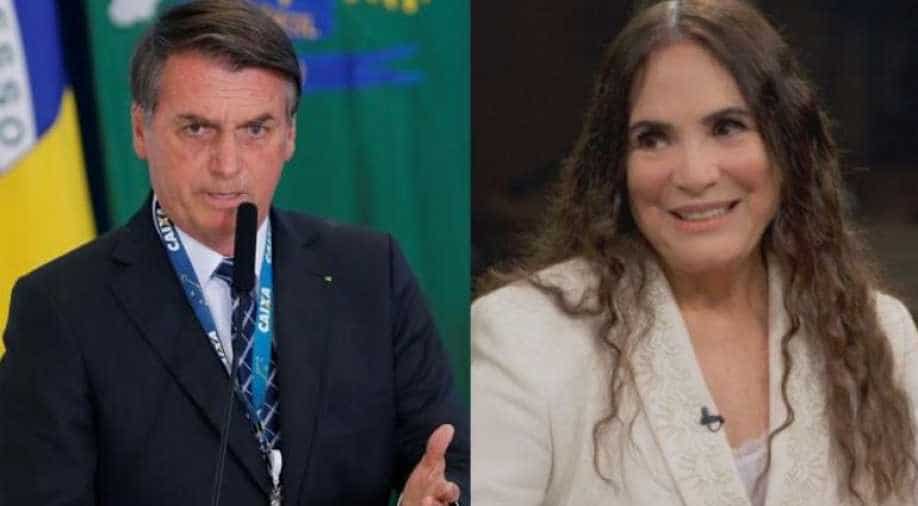 Regina Duarte has starred in many Brazilian soap operas over the course of a TV career spanning five decades.

"We are engaged," actress Regina Duarte, 72, said after meeting with Bolsonaro, according to a statement issued by his office.
It said Duarte will travel to the capital Brasilia Wednesday to tour the culture secretariat complex.

"We had an excellent conversation about the future of culture in Brazil. We began a 'commitment' that might bear fruit for the country," Bolsonaro tweeted later.

Duarte has starred in many Brazilian soap operas over the course of a TV career spanning five decades.

After the meeting with the president, local media said Duarte had asked for a trial period as secretary of culture.

After taking power a year ago, Bolsonaro downgraded the culture ministry to a secretariat that was part of the Citizenship Ministry and later transferred it to be under the Tourism Ministry. Duarte would be the fourth person under Bolsonaro to hold the job.

It became available Friday after the man who held it, Roberto Alvim, was fired over a speech in which he appeared to quote Adolf Hitler's propaganda minister Joseph Goebbels.

"Brazil art over the next decade will be heroic and national," said Alvim, sitting behind a desk as he stared intensely at the camera, with a picture of Bolsonaro behind him, a Brazilian flag to one side and two-barred cross to the other.

"It will be endowed with a great capacity for emotional involvement and will also be imperative, because it will be profoundly linked to the urgent aspirations of our people, or it will be nothing," he said, speaking in Portuguese.

The wording was similar to phrases attributed to Goebbels in a biography written by German holocaust expert Peter Longerich and published originally in German in 2010.

"German art over the next decade will be heroic, it will be resolutely romantic, it will be objective and free of sentimentality," Goebbels was quoted in the book as saying in German.

"It will be national with great poignancy and also imperative or it will be nothing."