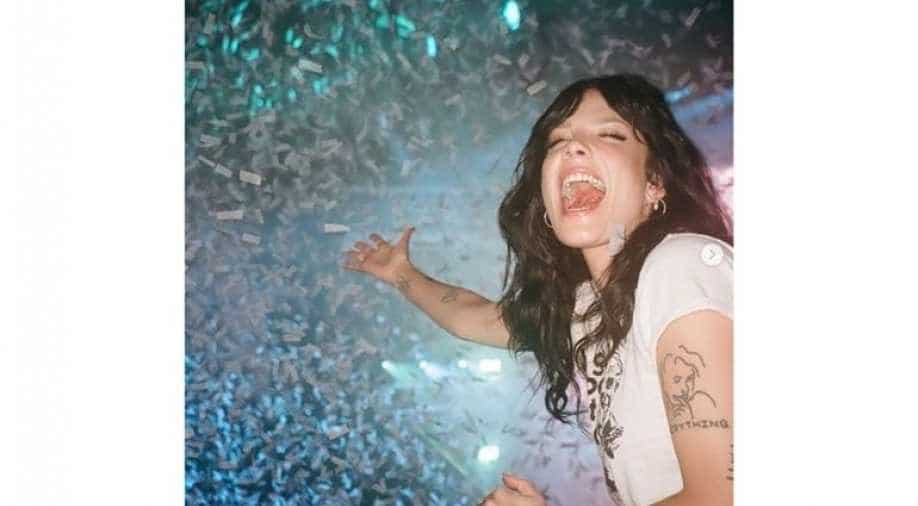 File image of Halsey (image via a Instagram/iamhalsey) Photograph:( Instagram )

Singer-songwriter Halsey, who was diagnosed with bipolar disorder at the age of 17, revealed that music hasn`t just given her a career, but also a way to find stability with her disorder.

Singer-songwriter Halsey, who was diagnosed with bipolar disorder at the age of 17, revealed that music hasn`t just given her a career, but also a way to find stability with her disorder.The 24-year-old singer, who is gracing the cover of the October issue of Cosmopolitan, opened up about how music helped her manage her energy and focus it into the right direction, reported People."I have bipolar disorder, and I get bored of s-- really quickly.

Music is this thing that I get to focus all my chaotic energy into, and it`s not a void that doesn`t love me back," the singer said."It`s been the only place I can direct all that and have something to show for it that tells me, `Hey, you`re not that bad`.

If my brain is a bunch of broken glass, I get to make it into a mosaic," she added.Halsey, born Ashley Nicolette Frangipane, was diagnosed with the disorder at the age of 17.Bipolar disorder is associated with episodes of mood swings ranging from depressive lows to manic highs.

Back in June, the songstress revealed that she has had herself committed to a psychiatric hospital twice to get ahead of the manic depressive periods.

Being vocal about the ups and downs in her life hasn`t always been easy, especially with the negativity the singer has received from critics online."I shared a lot about myself, assuming the world would be kind. And that hasn`t quite been the case," Halsey told Cosmopolitan.

Sometimes, those trolls and haters have slammed her for what they consider to be inconsistencies in her brand."`Are you a crazy, rambunctious bad girl, or are you an activist, political, fund-raising philanthropist?`" she recalled her critics asking."Like, how f--ing immune are you to the human experience?

Sometimes I want to have really good sex and sometimes I want to save the world, and sometimes I might try to do both in the same day," she added.However, despite all the highs and lows, the `Bad At Love` singer describes herself as "pretty regular."I`ll sometimes look at other artists who seem so larger-than-life and wonder, `Am I not supposed to be here?`" she confessed.

Although she struggles with wanting everyone to love her, she is ultimately happy with not being a picture-perfect pop star."I love that, because I wake up every day wild-eyed and spongy, trying to do things better than the last time," she said.Halsey previously opened up to Rolling Stone about her disorder, revealing that the album she`s currently working on is "the first I`ve ever written manic.""The manic periods are that thing in the back of our minds that drives us to outrageous thoughts," she told the outlet in June."Like when you`re driving a car and you`re like she mimes suddenly cutting over the wheel, or you're on top of a building, and you`re like;'What if I just jump'

You are controlled by those impulses rather than logic and reason," she added at that time.The singer also revealed that as exciting as the manic rush can be, when they end, she`s typically thrust into depression."I know I`m just going to get f--ing depressed and be boring again soon. And I hate that that`s a way of thinking. Every time I wake up and realize I`m back in a depressive episode, I`m bummed. I`m like, `F--. F--! This is where we`re going now? Okay," she said.