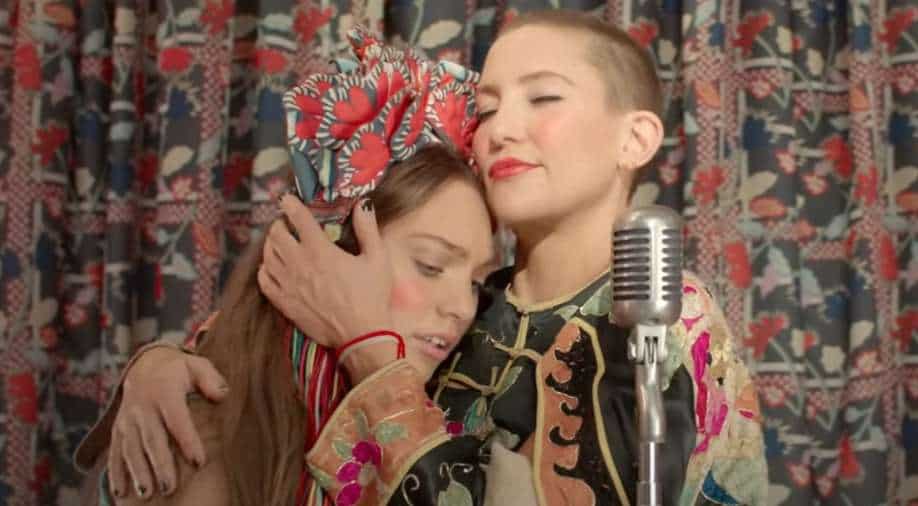 Musician Sia's directorial debut film 'Music' has received severe criticism from the autism community. The singer has been accused of casting a neurotypical actress in the role of an autistic character as well as showing certain scenes where the character is being restraint.

The film narrates the story of a young autistic woman called Music (played by Maddie Ziegler) and her half-sister Zu (Kate Hudson). Music comes under Zu's care after her grandmother dies.

"I don't even know where to start," Camille Proctor, executive director and founder of The Color of Autism Foundation, told USA TODAY. "I don't like the portrayal of the young autistic woman. I feel like (Ziegler) was doing a parody.

Members of the Autistic community also have problems with scenes which depict Music being restrained as a means to calm her down.

"The autistic community has been fighting for decades to end the use of restraints that traumatize and kill," said Zoe Gross, director of advocacy at the Autistic Self Advocacy Network, in a statement. "Had the filmmakers chosen to meaningfully involve autistic people from the beginning, we could have told them how catastrophically irresponsible it is to encourage viewers to use the kind of deadly restraints that killed Max Benson, Eric Parsa, and many other members of our community."

Advocates of the community state that restraint is particularly dangerous for an autism person as they may not be able to tell you when they can't breathe.
The film has received two Golden Globe nominations this year– for best motion picture, musical or comedy, and best actress in a musical or comedy (Hudson). Reports state that the film will now include a disclaimer up front about restraint.

"MUSIC in no way condones or recommends the use of restraint on autistic people," the disclaimer will read, according to reports. "There are autistic occupational therapists that specialize in sensory processing who can be consulted to explain safe ways to provide proprioceptive, deep-pressure feedback to help (with) meltdown safety."

Having faced backlash, Sia has issued an apology and also deleted her Twitter account. She has also assured that the offensive scenes will be removed "from all future printings," and that she "listened to the wrong people and that is my responsibility, my research was clearly not thorough enough, not wide enough."

Sia has also been criticised for not casting someone on the autism spectrum to play an autistic character.