Shruti Haasan opened up on nepotism,'I am in the industry because of my surname' 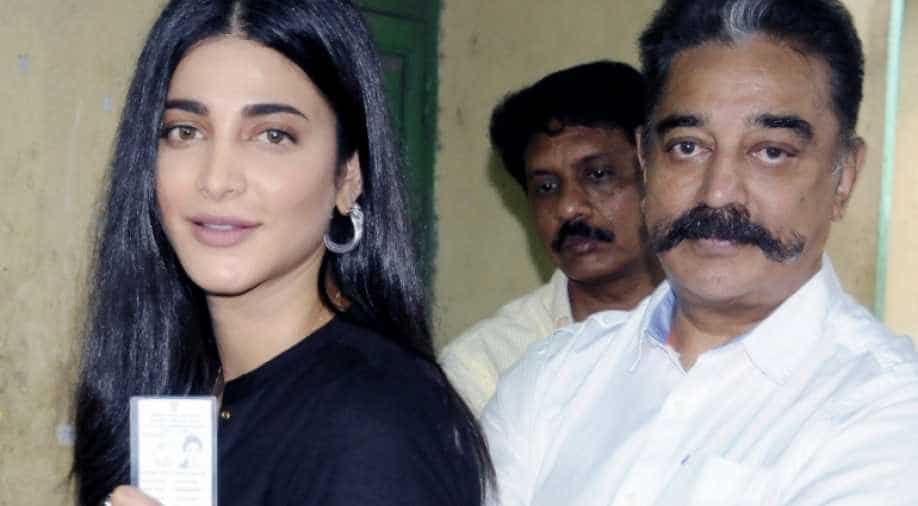 Debate on nepotism is endless in Indian cinema, as now actress Shruti Haasan, elder daughter of Kamal Haasan. In an interview, opened up on nepotism and said, ''I am in the industry because of her father Kamal Haasan''.

''I have to admit that the doors opened for me because of the kind of people I have grown up with, because of my parents. I got that because of my surname, I cannot deny that''. But I am a slow learner, in general, in life. I do not take away the fact that I am privileged, though overall I have a hard journey. I would say, it was easy to get in but hard to stay in ''.

By talking further, the actor talked about how things have changed after debut film "I made my debut alongside a star like Suriya in Tamil, an actor who also got his break because of his father, Sivakumar sir. And yet, his path to stardom was carved by his work. After that initial launch, every actor has to prove their talent and work hard to get their next offer, especially in Telugu and Tamil cinema. Your background stops being such influence after your debut. I am not sure whether this is the case in Bollywood. I think it’s different there."

Shruti starrer 'Yaara' is currently streaming on ZEE5, and the actress will be seen in Ravi Teja starrer 'Krack'. Read our review here.