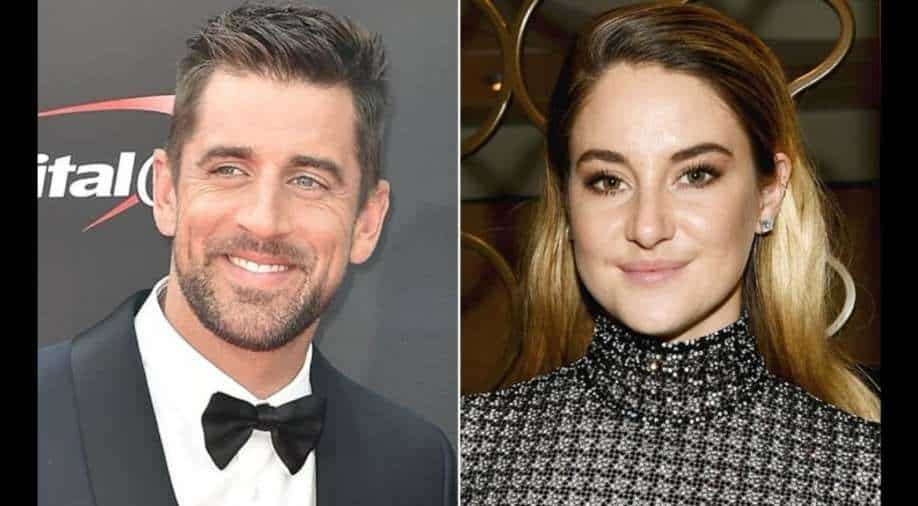 Hollywood star Shailene Woodley and Football quarterback Aaron Rodgers have broken up and called off their engagement.

Hollywood star Shailene Woodley and Football quarterback Aaron Rodgers have broken up and called off their engagement.

The three-time most valuable player of the NFL, 38, and the actress, 30, were engaged for just over a year before reports surfaced that the two had split.

"It was an amicable split; it just wasn't working," a source told People magazine. "They're very different people with busy careers, and there were obstacles that they couldn't surmount. They will remain friendly; there's no bad blood and no drama. It just didn't work out for them."

The former couple has so far not confirmed the news.

It was during an event in February 2021 that Rodgers announced that he was engaged to the 'Big Little Lies' star.
News of the split comes weeks after it was reported that the two did not share similar political views and often refrained from addressing societal issues.

"They are not talking about their politics, and they never really have," a source told People last month. "They disagreed on a lot of things. Early on, they decided to agree to disagree about things and not debate them.

"She is not someone whose mind you can change, so Aaron hasn't even tried," the insider added.

In November Woodley had shared a quote about finding your power during "storms." The quote came after Rodgers had publicly revealed he was unvaccinated and had contracted COVID-19. He was accused of lying about being "immunized" during a press conference at the time.