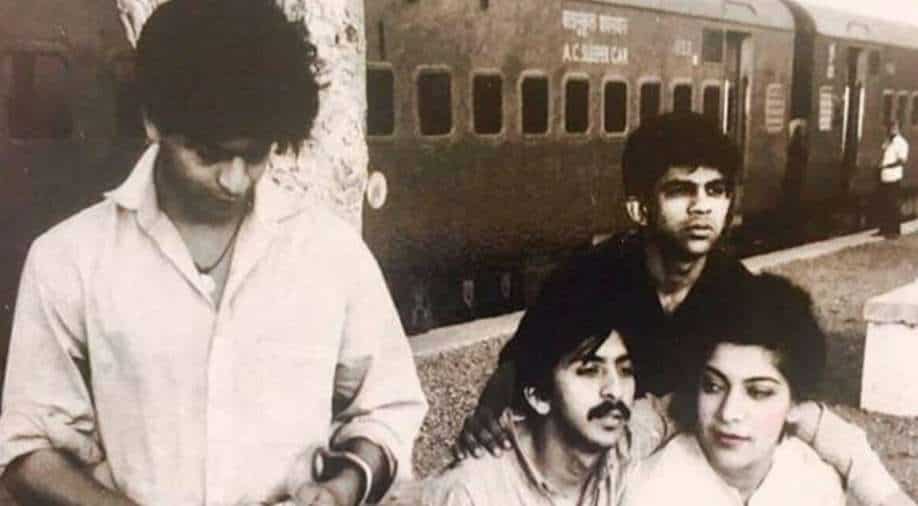 A rare picture of Shah Rukh Khan in his young days has been going viral on the internet. The picture is a black and white with Shah Rukh and gang from theatre days. It was posted on the internet by a fan account.

In the picture, the Twitter user who shared the picture, tagged Shah Rukh Khan and Sanjoy Roy, who is now the managing director of an events management company. The picture shows the four actors waiting at a railway station.

A couple of hours later, Sanjoy replied to the user with some details about the picture. Turns out, the other two actors in the photo are Divya Seth and Rituraj Singh. Sanjoy revealed that the “truly iconic” photo was clicked when they were on their way to Kolkata to perform a play titled Rough Crossing, directed by Barry John. “@yourriturajrks divyaseth and me on our way to Calcutta to stage Rough Crossing in aid of Shruti! Directed by #BarryJohn @mohitsatyanand,” Roy wrote.

Shah Rukh Khan, before making it in Bollywood, was an active theatre person. He studied theatre under director Barry John. He then turned to TV making his debut with the highly successful show, ‘Fauji’ in 1989. Three years later, he made his film debut with’ Deewana’.