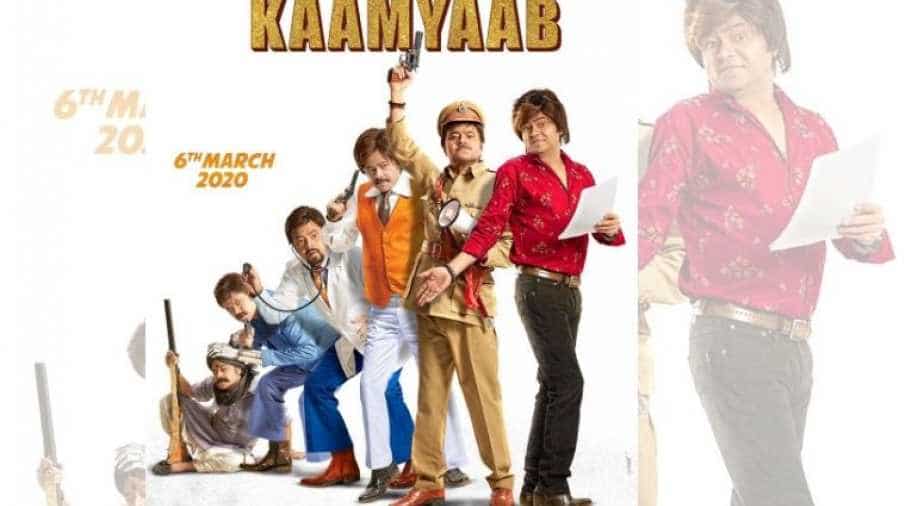 The film is being produced by Shah Rukh Khan's Red Chillies Entertainment in collaboration with Drishyam Films.

The flick which throws light on the struggle of the extras or the side actors in the Indian cinema also stars another critically acclaimed actor Deepak Dobriyal in a pivotal role.

The film revolves around the life of a character actor Sudheer essayed by Mishra and his quest to find something 'extraordinary' within him while being an 'extra' in the mainstream Hindi film industry.

The trailer begins with the introduction of Sudheer Mishra in several avatars that he portrayed on-screen and eventually his character of a gangster dropping his iconic dialogue, "Just Enjoying Life, Aur Option Kya hai?"Sudheer is introduced as a well-experienced extra actor who has had worked in 499 Hindi films and is struggling to touch 500 marks and breaking the record with a striking role in a big banner film.

Sudheer aspires to be remembered like other veteran side actors including Pran, Lalita Pawar and Shakti Kapoor.

The trailer then takes an interesting turn when a big producer casts him in his film and he inches closer towards the 500 mark but ends up destroying the chance due to a goof-up that is not revealed in the trailer.

The film is being produced by Shah Rukh Khan's Red Chillies Entertainment in collaboration with Drishyam Films. Helmed by National Award Winner Hardik Mehta, the flick will make its way to the theatres on March 6 this year.