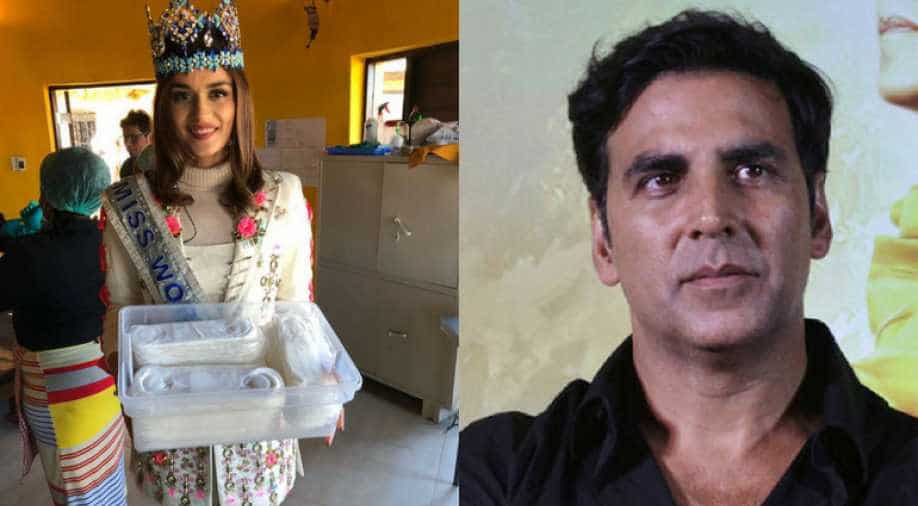 Produced by Yash Raj Films, sets for the film were already constructed in Mumbai's suburbs.

Akshay Kumar’s film on the life of Prithviraj Chauhan is one of the most anticipated films of the actor but the makers seem to be in quite a struggle owing to the coronavirus pandemic.

Produced by Yash Raj Films, sets for the film were already constructed in Mumbai's suburbs. However, a Mid-Day report reveals that the sets will be demolished due to the high maintenance cost.

Confirmed! Manushi Chhillar to make her Bollywood debut in 'Prithviraj' opposite Akshay Kumar

Also with no shooting taking place at the moment, it’s probable that the actors will be able to return to shoots only in the month of August or September. It’s when monsoon usually hits India and there is a scare of rains destroying the sets.

A source close to the film was quoted, "The head honchos of Yash Raj Films had kept the set standing over the past two months, hoping that the situation would improve soon. However, with the rains only weeks away, it doesn’t seem feasible to retain the set any longer. The makers are currently procuring necessary permission to have it pulled down. Akshay had filmed a major portion of the Chandraprakash Dwivedi-directed drama at the Dahisar set before the lockdown was announced, but some crucial sequences have yet to be shot.”

Akshay Kumar’s ‘Laxmmi Bomb’ is also set to release with speculations still rife if the makers will choose a digital release over a theatrical one.