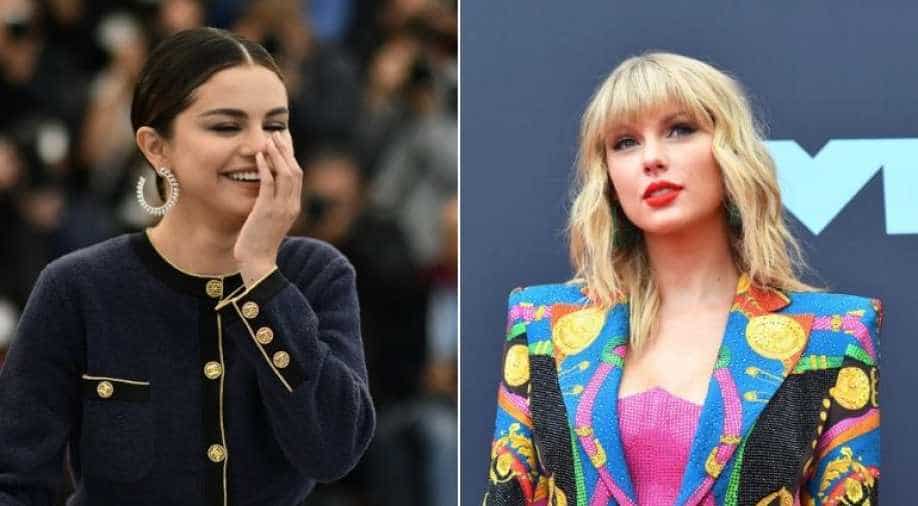 Scooter Braun and Scott Borchetta of Big Machine Records are trying to cancel her performance until she accepts that she won't re-record her songs in the future.

Amid Taylor Swift's ongoing onslaught with Big Machine Record's Scooter Braun and Scott Borchetta, singer Selena Gomez has decided to side with Swift.

Gomez, who jumped to the defense of her longtime friend Swift, said that the singer is extremely "sick and angry" and accused the music executives of having "robbed and crushed" her.

In a lengthy post shared on Instagram story on Friday, the 'Wolves' singer wrote, "It makes me sick and extremely angry". "It's greed, manipulation, and power. There is no heart or thought of anyone else's. No respect for the words my friend has written since she was a 14 year old in her bedroom You've robbed and crushed one of the best songwriters of our time and opportunity to celebrate all of her music with fans end the world," she continued in the post.

Adding that her and Swift's friendship goes back to around 13 years, Gomez raved about her saying, "She is the most dedicated, targeted, hasty, strongest woman I've ever known. People can say bitch but what In saying to you is that's called a woman with true identity And strength who takes no shit". 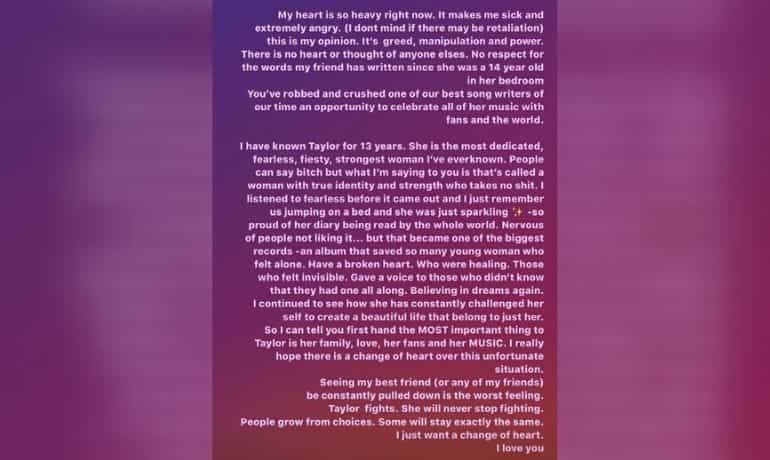 Referring to her 2008 album 'Fearless', Gomez expressed that it turned out to be one of the biggest records, "an album that saved so many young women who felt alone. Who was healing? Those who felt invisible. Gave a voice to those who didn`t know that they had one all along".

She went on further saying that "I really hope there is a change of heart over this unfortunate situation. Seeing my boss friend or any of my friends be constantly pulled down Is the worst feeling".

The post came a day after Swift sent a note to fans stating that she planned to perform at the American Music Awards, where she is being honoured as the Artist of the Decade. However, Scooter Braun and Scott Borchetta of Big Machine Records are trying to cancel her performance until she accepts that she won't re-record her songs in the future she alleged.

The allegations leveled by Swift have been denied by the label in a statement that read, "At no point did we say Taylor could not perform on the AMAs or block her Netflix special. In fact, we do not have the right to keep her from performing live anywhere. Since Taylor's decision to leave Big Machine last fall, we have continued to honour all of her requests to license her catalog to third parties as she promotes her current record".