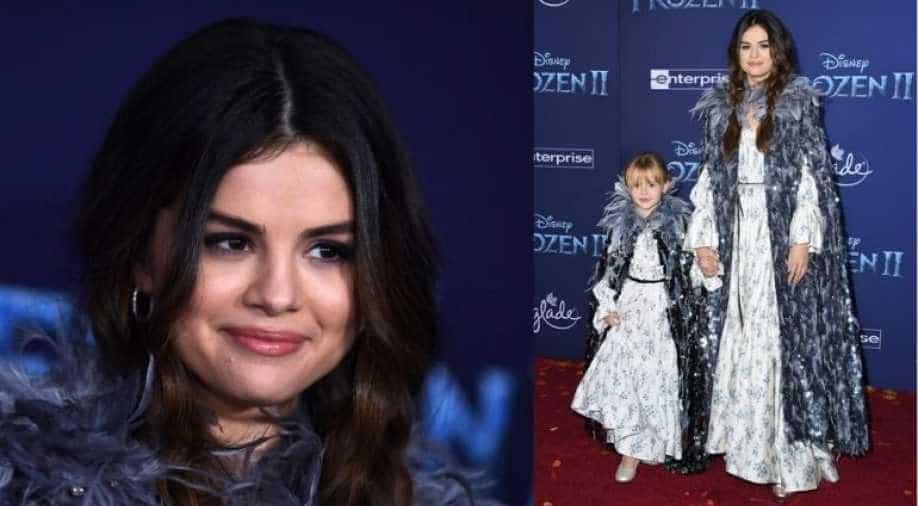 Selena Gomez and her sister Gracie Teefey pose on the red carpet ahead of the premiere of 'Frozen 2'. Photograph:( AFP )

The sister duo wore white flowing gown and a grey feathered cape over it. The two wore their hair in braids, much likes the 'Frozen' sisters Elsa and Anna.

They could have easily been a part of 'Frozen 2' the film. Selena Gomez and her little sister Gracie Teefey stepped out for the premiere of Disney's new film in matching outfit. Complete with ruffles and braids, the sister duo could easily be a part of Arendale.

The sister duo wore white flowing gown and a grey feathered cape over it. The two wore their hair in braids, much likes the 'Frozen' sisters Elsa and Anna.

The sisters joined other celebrities at the `Frozen 2` premiere at the Dolby Theatre in Hollywood, California, on Thursday. While the sisters didn`t seem to be imitating any specific characters from Frozen, they would fit right into the magical winter wonderland of the movie. The sister outing is just the most recent example of Gomez acting as a role model for Gracie.While sharing her experiences with the little sister, she said, "I will forever let my sister know she is strong, bold and beautiful," she wrote on Instagram in 2017.
"She will be raised to know her voice matters. She is going to understand the importance behind being a leader and inspire others by her truth." 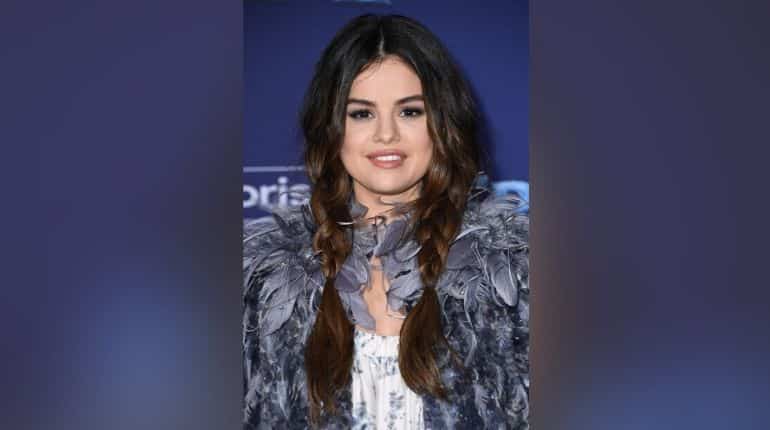 Earlier this year, the directors of the movie Jennifer Lee and Chris Buck revealed that the sequel to the blockbuster original will take a look at why Elsa (Menzel) has powers.

"We can`t tell you whether they solve the mystery of the past or whether Elsa ever finds the answers about her powers, but we can tell you that `Frozen 2` is even bigger and more epic, but most importantly, in the end, Frozen 1 and Frozen 2 work together to form one complete story," Buck told Entertainment Weekly in June.

'Frozen 2` opens in theatres on November 22.