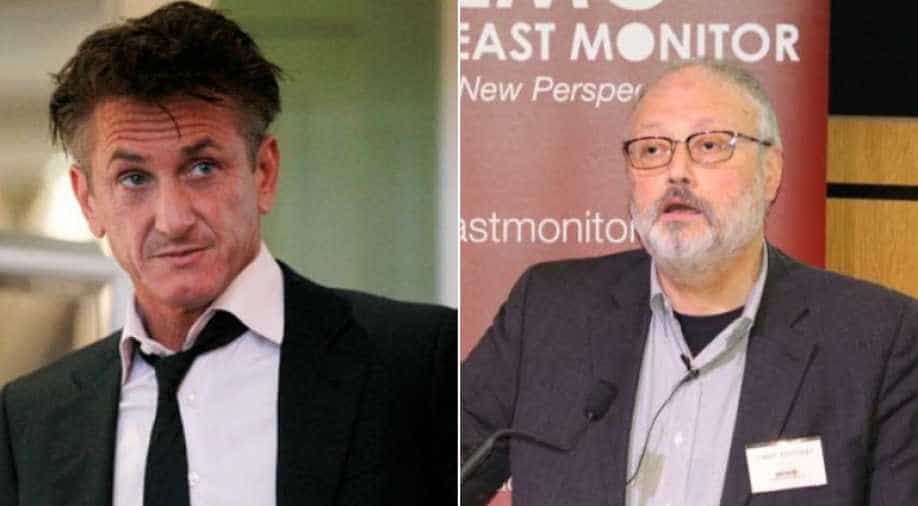 Penn, along with a crew of 10 people, was spotted shooting in front of the Suadi consulate building in Istanbul on Wednesday, Turkish media reported.

Oscar-winning actor and filmmaker Sean Penn has reportedly started working on a documentary about the murder of journalist Jamal Khashoggi. Khashoggi was killed inside the Saudi consulate in Istanbul earlier this year which led worldwide protests.

Penn, along with a crew of 10 people, was spotted shooting in front of the Suadi consulate building in Istanbul on Wednesday, Turkish media reported. Penn later also was seen outside the consul general's residence nearby.

Khashoggi, a columnist for the Washington Post and a US resident since 2017, was killed during his visit to the consulate to obtain marriage-related paperwork on October 2.
Despite massive searches, the whereabouts of his searches are still unknown.

In an image circulated by a Turkish daily, Penn can be seen outside the mission where the Saudi writer was strangled. He was later cut up into pieces by a 15-man Saudi team especially sent to Istanbul for the task.

Khashoggi was a vocal critic of the Saudi government and Crown Prince Mohammed bin Salman and his murder led to a massive international outcry and forced many countries to reassess their ties with the kingdom.

While initially, the Saudi government denied any involvement with his disappearance, Riyadh eventually admitted last month that Saudi officials had planned and executed the killing, blaming a "rogue" team.

The CIA has reportedly assessed that Prince Mohammed, also known as MBS, ordered the killing of Khashoggi.

21 people, including security officers, have been arrested in Saudi Arabia in connection with the killing.