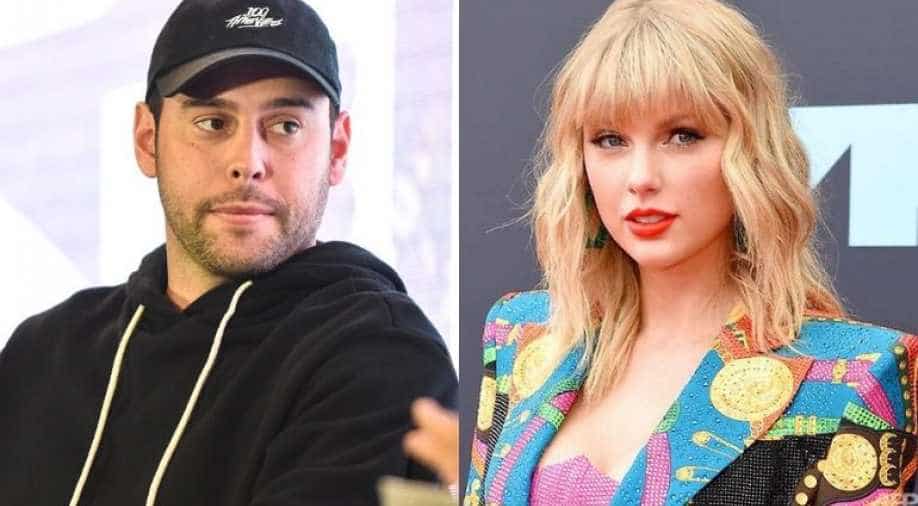 Scooter Braun and Scott Borchetta of Big Machine Records are trying to cancel her performance until she accepts that she won't re-record her songs in the future.

After the heated controversy, Scooter Braun finally broke his silence on the dispute between Taylor Swift and her former label, Big Machine Records.

In a Q&A at the 2019 Entertainment Industry Conference on Thursday, the 38-year-old music manager addressed the public fissure after keeping quiet on the matter for months since his Ithica Holdings purchased Big Machine Records back in June, reported a news agency.

The businessman opened up about the same when he was asked by the moderator Shirley Halperin about how he wraps his head around having so many Swift fans casting him as the villain in the very public feud.

"I haven't talked about this in six months. Not once. I haven't made a statement about it," Braun confessed, according to a news agency. "When there's a lot of things being said and a lot of different opinions, yet the principals haven't had a chance to speak to each other, there's a lot of confusion," he continued.

"I'm not going to go into details here, because it's just not my style ".I just think we live in a time of toxic division, and of people thinking that social media is the appropriate place to air out on each other and not have conversations," Braun added.

''As per the outlet, Braun appeared to suggest a statement from Big Machine, which claimed that the label and Swift had been in talks, which apparently ended after she went on social media to vent her anger".

''What I'll say is, people, need to communicate, and when people are able to communicate, I think they work things out," Braun noted. "And I think a lot of times things are miscommunications because I believe that people are fundamentally good. I think there are a lot of real problems in the world, and I think that these problems that are being discussed can be discussed behind closed doors and figured out pretty easily, and it's something I've wanted to do for six months".

"And it's hard because I can handle it pretty easily, but when it gets to a place where there are death threats and there's offices being called and people being threatened. ... It's gotten out of hand," he added.

"And I think people need to come together and have a conversation because that's not what we got in this industry for," he added. As previously reported, the $ 300 million sale effectively meant that Braun now owns the masters to Swift's first six albums a deal the singer-songwriter has called "my worst-case scenario".

Following the sale, Swift alleged in a lengthy blog post that she was never informed of the deal and had her previous requests to buy back her masters denied. She also accused Braun of manipulative bullying.