Scarlett Johansson believes Woody Allen is innocent, would want to work with him again in future 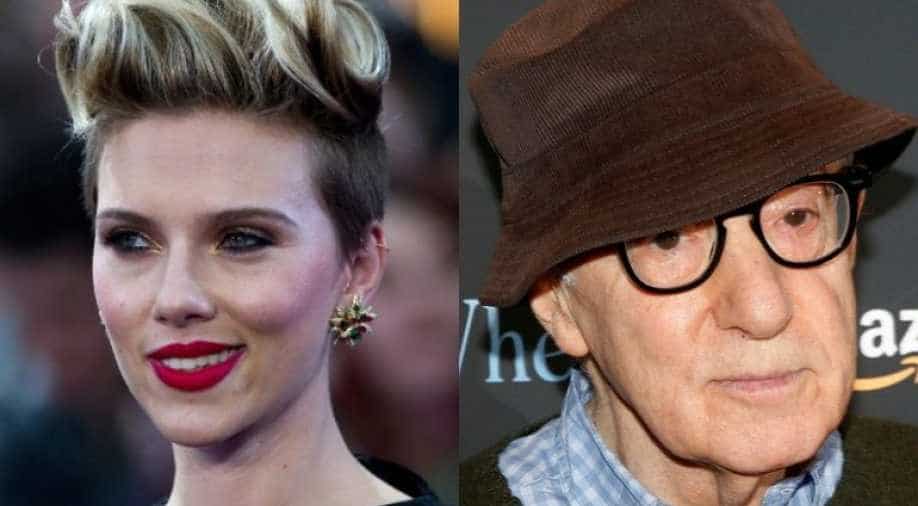 "How do I feel about Woody Allen? I love Woody. I believe him, and I would work with him anytime," Johanson said in a recent interview.

Several leading Hollywood stars may have distanced themselves from veteran director Woody Allen, in the wake of sexual molestation allegations levelled against Allen by his adopted daughter, Dylan Farrow but actress Scarlett Johansson has stated she would be happy to work with him "anytime."

"How do I feel about Woody Allen? I love Woody. I believe him, and I would work with him anytime," the actor told The Hollywood Reporter. The two have earlier worked together in `Match Point`, `Vicky Cristina Barcelona` and `Scoop`.

The 34-year old actor shared, "I see Woody whenever I can, and I have had a lot of conversations with him about it. I have been very direct with him, and he`s very direct with me. He maintains his innocence, and I believe him."

Talking about people and other celebrities` anger towards the 83-year old director, Johansson said: "It`s hard because it`s a time where people are very fired up, and understandably."

"Things needed to be stirred up, and so people have a lot of passion and a lot of strong feelings and are angry, and rightfully so. It`s an intense time."

The aftermath of the ultra-popular #MeToo movement saw a number of celebrities including Freida Pinto, Greta Gerwig, Colin Firth, and Mira Sorvino, saying that they won`t work with Allen again. However, Allen has constantly denied such allegations, which were first reported during his explosive 1992 split from Mia Farrow.