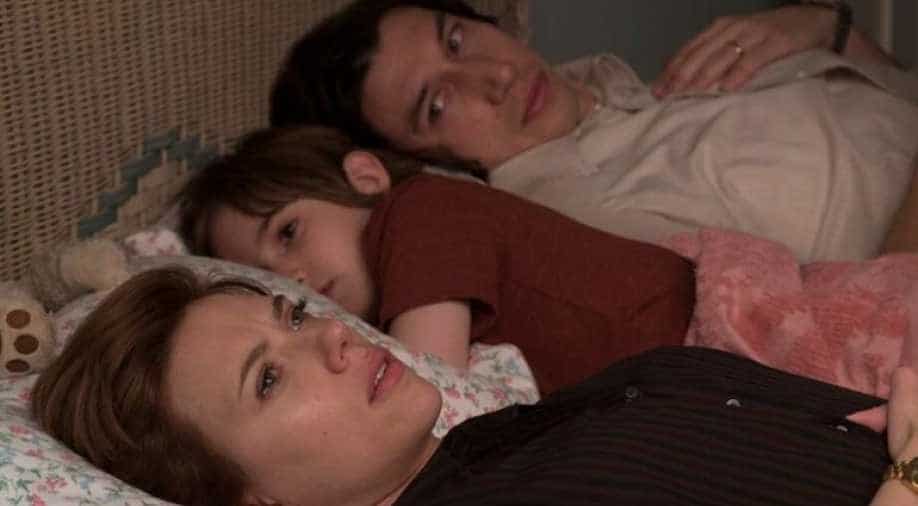 Since the online streaming platform-Netflix is banned in China, the streamer sealed a deal with Beijing-based local distributor Road Pictures and gave the local big-screen-rights for the film.

Netflix film 'Marriage Story' has been loved by the audience worldwide and has even fetched several nominations in the upcoming Golden Globe Awards 2020. But the film has not been viewed in China yet. And now the makers of the movie have decided to release the family entertainer in Chinese multiplexes.

Since the online streaming platform-Netflix is banned in China, the streamer sealed a deal with Beijing-based local distributor Road Pictures and gave the local big-screen-rights for the film.

Noah Baumbach`s awards season favourite `Marriage Story`, received a limited Oscars-qualifying theatrical run in North America, but since Netflix is blocked from operating in China, the company has decided to sell the film`s big-screen rights to a local distributor.
"Marriage Story is subtle and realistic -- and sometimes humorous, or life-affirming -- portrayal of love, marriage and family in all shapes and forms is sure to evoke strong emotional resonance in the Chinese audience," the company said in a statement.

A representative for Road Pictures told The Hollywood Reporter on Monday that the company is aiming for a major nationwide rollout sometime shortly after the 92nd Academy Awards in February.

State-backed distributor China Film Group will import and release the title, while Road Pictures will handle all marketing and support -- the typical arrangement in China. Scarlett Johansson starring `Marriage Story`, is considered as a strong frontrunner in Oscars in several categories after taking a lead in six nominations at the 77th Golden Globe Awards, including Best Motion Picture.

The comedy-drama is an incisive and compassionate look at a marriage falling apart but also an effort to keep the whole family in together.American actor Adam Driver plays the role of a stage director and Scarlett Johansson takes up the character of Nicole, an actor.