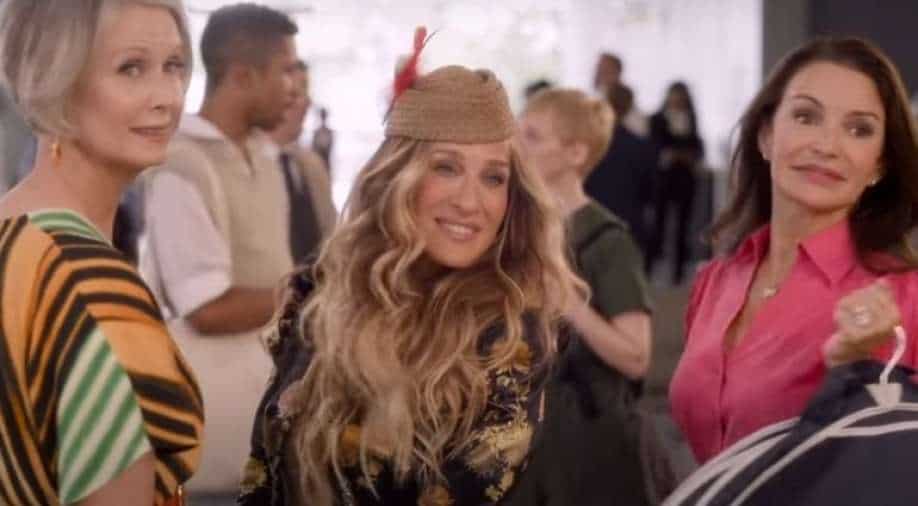 HBO Max's upcoming series 'And Just Like That' - a revival of the popular show 'Sex and the City' has new actors join in its cast.

HBO Max's upcoming series 'And Just Like That' - a revival of the popular show 'Sex and the City' has new actors join in its cast.
Sarita Choudhury, Nicole Ari Parker and Karen Pittman have joined the cast of the forthcoming revival series.

The 10-episode series will be filmed in New York this summer. The first look of the show was shared a few weeks back.

`And Just Like That` will bring back `Sex and the City`s` Carrie (Sarah Jessica Parker), Miranda (Cynthia Nixon) and Charlotte (Kristin Davis), now navigating life, love and friendship in their 50s.

'And Just Like That` was officially confirmed at HBO Max back in January.

The fourth series regular from the original series, Kim Cattrall, who played Samantha Jones in the show and subsequent movie sequels was absent.

`Sex and the City` was created by Darren Star based on Candace Bushnell`s book.

It was followed by two feature films in 2008 and 2010.The show revolutionised how women`s friendships -- and women`s sexuality -- are represented in popular culture.No release date for the show has been announced yet.