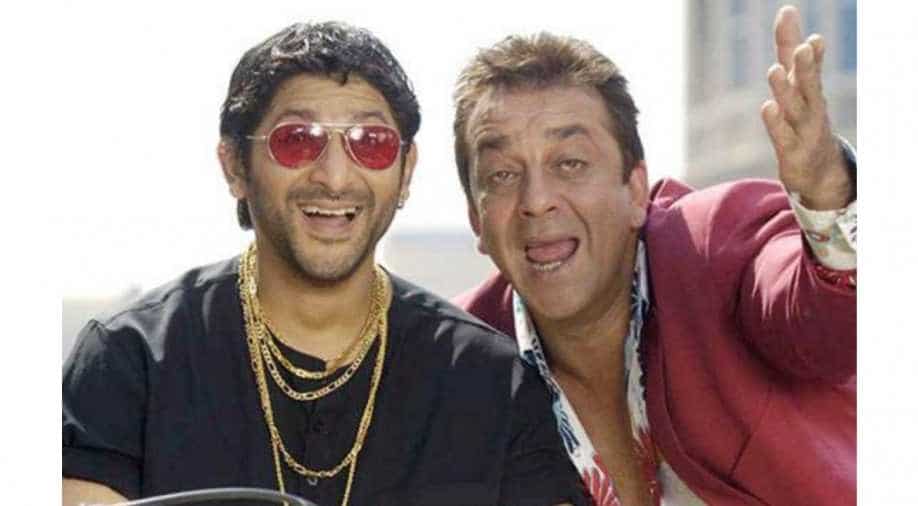 Sanjay Dutt will be playing a blind don while Arshad Warsi will play his eyes in a new comedy by Sajid-Farhad.

We loved them in the 'Munna Bhai'series and now actors Sanjay Dutt and Arshad Warsi are reuniting for a film. The two's camaraderie as Munna and Circuit in Rajkumar Hirani's hit films is still remembered. And while there has been a lot of talk around the fact that the two would reprise their roles in the third part of the film, the two actors are in fact pairing up for a different film.

According to media reports, the film will go on floors early next year. Speaking to a daily, actor Arshad Warsi said, "Sanju and I will start working on a film next year. It’s a crazy script, a project by Sajid-Farhad. The film is likely to go on floor by March-April next year. We’ll probably head to Budapest for the first schedule of the film."

Warsi also revealed that Dutt would be playing a blind don and he would play his eyes."The challenge is that nobody can know that he is blind, and I cannot tell anyone that he is blind. I am actually directing him throughout the film. It’s quite a fun script," Warsi further added.

There were also reports earlier that Hirani would be planning the third sequel of his hit franchise soon. In fact, Warsi had even stated, "I do know that the script is pretty much ready. I do know from Raju (Rajkumar Hirani) that the film will go on floors this year - either mid or the end of the year. The work on the script is going on. As of now, yes it's Sanju and me. These are the things I've been told."

There may not be any news on 'Munna Bhai 3' but fans would surely now w3ait for Munna and Circuit to create magic on screen again in a new comedy.