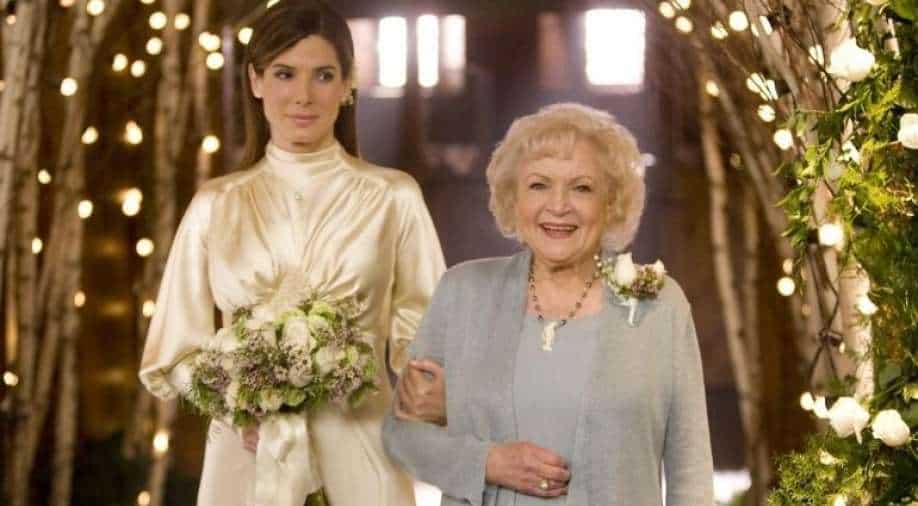 Sandra Bullock worked with Betty White and Ryan Reynolds on the 2009 romantic comedy 'The Proposal'.

'Golden Girl’ actor Betty White passed away on New Year’s Eve, and many celebrities are paying tribute to the legendary actress.

Following the news of White's death, actress Sandra Bullock honoured the icon in a unique way. In a statement with a news agency, the 57-year-old actress said, "I don't drink vodka … but I will tonight, on ice, with a slice of lemon with a hot dog on the other side and just be okay being sad."

"I'll have to buy some rose-colored glasses because Betty was that for all of us," the actress said.

Bullock worked with White and Ryan Reynolds on the 2009 romantic comedy 'The Proposal' with the three remaining close after the movie.

Legendary actress Betty White, who enjoyed one of the longest careers in showbiz history, nearly 80 years, died at the age of 99 on December 31.

By remembering her work and legacy, many celebrities took their social media to pay their heart-warming respects to the late actress.