Salman was the only one who said ‘DDLJ’ is great film, reveals Shah Rukh Khan 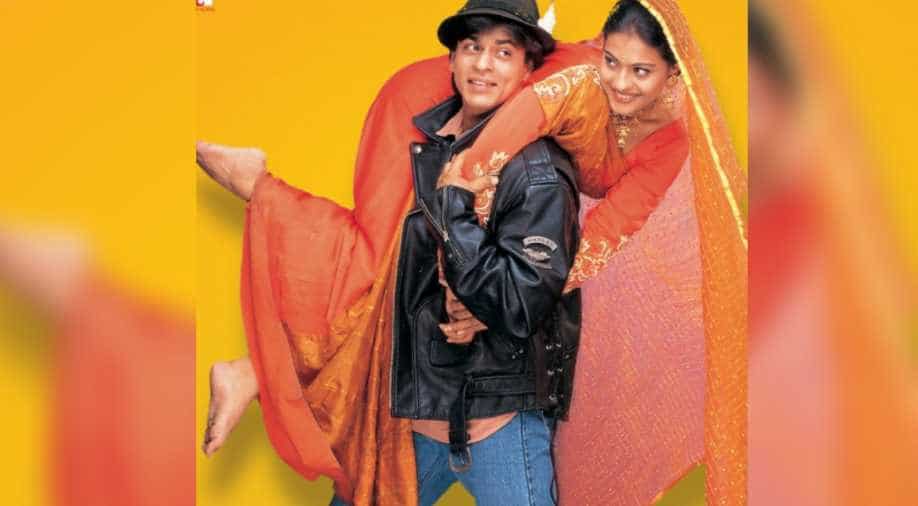 "The first person outside the production who saw the film and said it’s a great one was my friend Salman Khan,” SRK said during a chat show.

Shah Rukh Khan recently revealed that it was Salman Khan, of all people, who appreciated his work in ‘Dilwale Dulhania Le Jayenge,’ when everyone else had panned it.

Speaking on an episode of the third season of Masterclass by Viu, the actor, in conversation with host Cyrus Sahukar shared this anecdote about the ‘Dabangg’ star.

He said, “I still remember, this was at the premier of ‘Dilwale Dulhania Le Jayenge’. I had a couple of friends sitting beside me. There is a scene in the movie where I say ‘Raj agar yeh tujko pyaar karti hai toh palat ke dekhegi. Palat. Palat. Palat.’ And at that point, my friend tells me ‘It looks like you’ll kill her like you killed the girl in ‘Baazigar’. If you weren’t in this movie, it would do really well.’ I felt very sad."

"The first person outside the production who saw the film and said it’s a great one was my friend Salman Khan,” he went on to add.

The actor further went on to thank all women in his life, saying, “Even today it’s strange that everyone calls me a romantic hero because I’m really awkward doing it. I would like to thank all the heroines in this country who’ve done films with me because they made me really comfortable.”

He revealed, “Every time I’d do a scene, I’d say I cannot do this, what to do? And they said- Just do it, don’t worry. I would say these things to Kajol, Madhuri, Juhi, everyone. And they’ve always supported and been kind to me.”