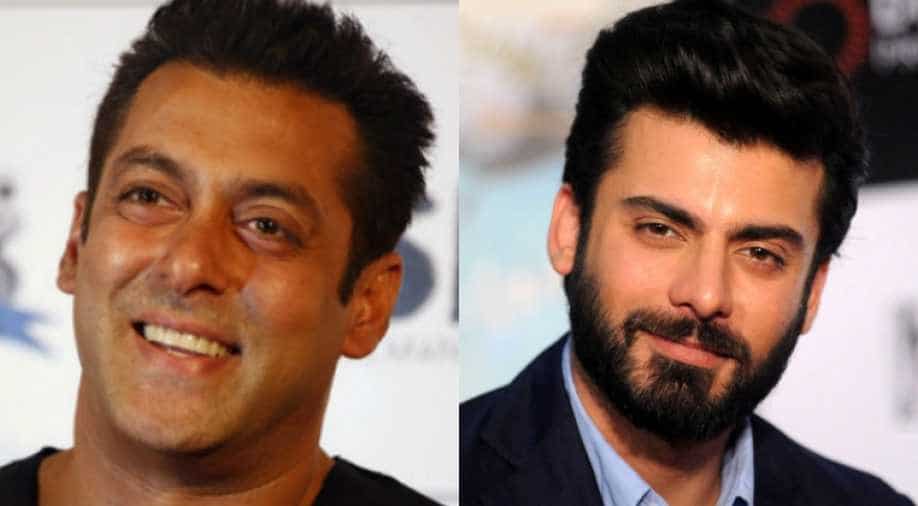 While 'Bharat' is a multi starrer, directed by Ali Abbas Zafar, Fawad's film is said to be a period -drama.

It is going to be a battle between two superstars on Eid 2019 in Pakistan. Salman Khan's ambitious 'Bharat' will clash at the Pakistan box office with Fawad Khan starrer 'The Legend Of Maula Jatt'.

While 'Bharat' is a multi starrer, directed by Ali Abbas Zafar, Fawad's film is said to be a period -drama. Fawad who rose to instant stardom during his brief stint in Bollywood has been working on this film for a considerable amount of time and even underwent physical transformation to suit his role. Mahira Khan plays the female lead in the film.
Directed by Bilal Lashari, 'Maula Jatt' will also be released in China.

Salman Khan versus Fawad Khan... Pakistan is all set to release its most ambitious film #MaulaJatt on #Eid2019 *in their country* and Overseas... Salman’s #Bharat is also confirmed for #Eid2019, so it will be Khan vs Khan at Pakistan BO... #TheLegendOfMaulaJatt pic.twitter.com/F2wt9eEeO2

Meanwhile, Salman Khan's 'Bharat' has Katrina Kaif, Sunil Grover, Disha Patani, Tabu and others. The film is currently being filmed and is being pitched as the big release of 2019.

Considering both Salman and Fawad have a huge fan following in Pakistan, it will be interesting to see which film earns more at the Pakistan box office.