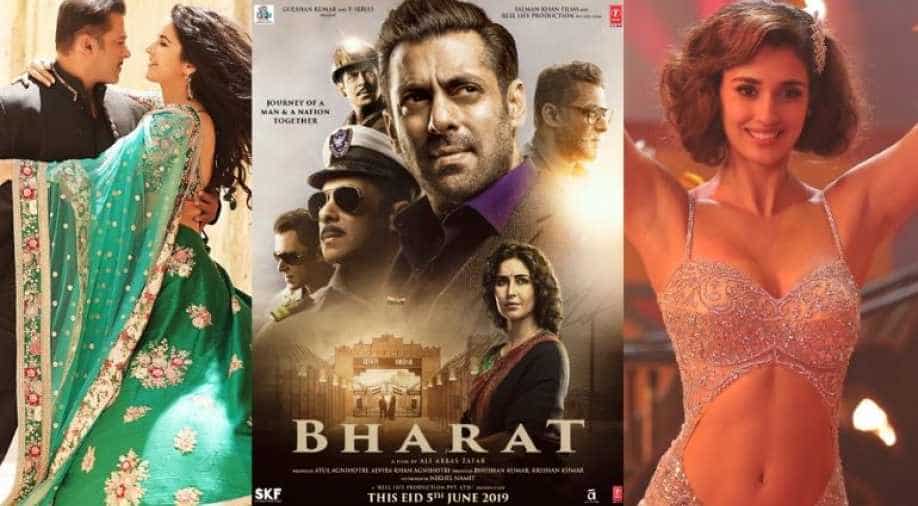 The film managed its grip on the box office and earned a total of Rs 122.20 crore on the fourth day.

This was known. Four days after its release, Salman Khan's 'Bharat' entered the estemeed Rs 100 crore club on Sunday. The film managed its grip on the box office and earned a total of Rs 122.20 crore on the fourth day. 'Bharat' was also Salman`s highest opener and raked in Rs 42.30 on its first day.

While the earnings dipped on subsequent days with cash registers making Rs 31 crore on Thursday, Rs 22.20 on Friday and Rs 26.70 on Saturday- it still managed to rake in Rs 122.20.

Trade analyst, Taran Adarsh shared the figures on twitter.The film is doing well at both multiplexes and single-screens and is being preferred by family audience, Adarsh said in his tweet.

Earlier, Adarsh had also shared that the film is among the year`s biggest openers along with `Gully Boy`, `Total Dhamaal`, `Kalank` and `Kesari`. Adarsh also pointed out that with 'Bharat' earning Rs 122.20 crore, it lead actor Salman Khan became the only actor with highest number 100 cores hits.

Directed by Ali Abbas Zafar, it is an official adaptation of the 2014 South Korean movie `Ode To My Father`.

Salman will be seen in Prabhu Dheva`s `Dabangg 3` next and Sanjay Leela Bhansali`s `Inshallah' which is set to release on Eid 2020.