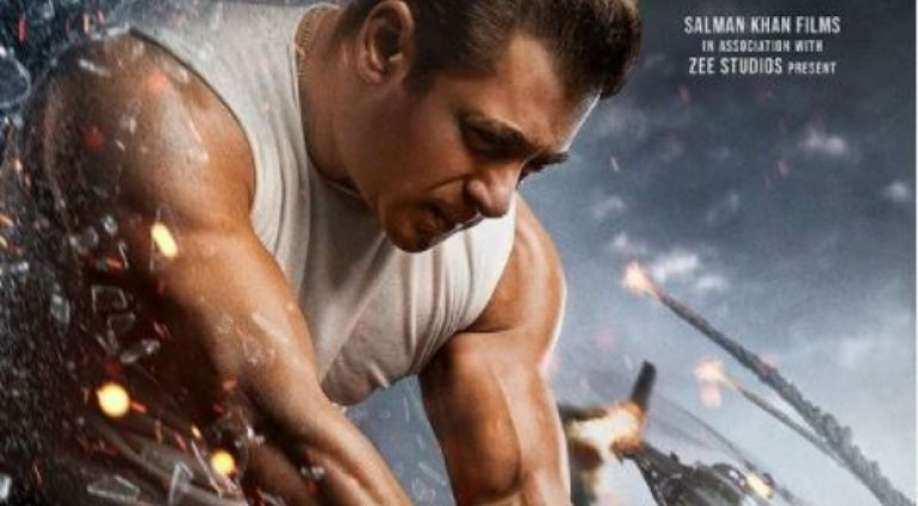 Directed by Prabhudheva, 'Radhe: Your Most Wanted Bhai' will start streaming on multiple platforms, including OTT and DTH services, on May 13 on the festival of Eid.

Salman Khan may be keeping his date with fans this Eid by releasing his new film 'Radhe: Your Most Wanted Bhai' on OTT platforms and DTH services, but the actor is keen to release the film in theaters when things subside and it is 'safe' for for people to visit cinema halls.

Directed by Prabhudheva, the movie will start streaming on multiple platforms, including OTT and DTH services, on May 13 on the festival of Eid.

Salman Khan said the "original thought" was to bring the film to the halls "as many of them were getting shut down".

"This film is coming out on Eid, you will get a chance to watch it at home and when corona will go away, we will release it in the theatres," the 55-year-old actor told reporters in a roundtable interview from Mumbai.

"Once everything is safe, we will release the film again in the theatres. We hope the film does well then too," he added.

Khan, however, said he was "disappointed" for the theatre owners and the fans who like to watch his films on the big screen.
"I'm very disappointed for that because I wish this film would have been seen in the theatres on Eid but it is not possible because of the current situation," the actor said.

'Radhe' harks back to the character of Salman Khan's protagonist of the same name from his 2009 blockbuster 'Wanted', also directed by Prabhudheva.

But the actor emphasised 'Radhe' was not the sequel and only has the "vibe" similar to 'Wanted'.

"It's not a sequel to 'Wanted', it's just that the character's name is Radhe. Radhe was also in 'Tere Naam'. Prem (another one of his popular on-screen names) was also in a lot of films. The character (Radhe) has that vibe to it, that 'commitment' dialogue, reminiscing something for the fans. But this is a different film altogether," he added.

If the audience liked 'Radhe', "we will bring out its sequel", Salman Khan promised.

Last week, Zee Entertainment Enterprises and Salman Khan Films, the actor's production banner, pledged to provide support towards COVID-19 relief work across the country through the revenue generated from the upcoming film.

Calling the decision "a very selfish" one, Salman Khan said whatever they are doing, "it will never be enough".

"What if I need it someday? What if I need somebody like me to help me out at that time? So, it's not selflessness. I think we should all be like that. God forbid, when we ourselves are in trouble, there should be someone like you to help you out."

The actor, who got his first dose of the COVID-19 vaccine in March, also shared that he will get his second jab "in the next 10 days".
"Mum and dad took their second vaccination (shot) yesterday," he said of his parents veteran screenwriter Salim Khan and producer Salma Khan, adding that brother-producer Arbaaz Khan took his first shot on Sunday.

Later, in an Instagram post, Arpita said she tested positive for the virus in the beginning of April and was "asymptomatic".
"I followed all the guidelines and protocols and thankfully with the grace of God I have fully recovered and have been well since. Stay safe, stay strong, stay positive," she added.

The superstar further urged people to get tested once they have symptoms and start the treatment immediately.

"That's the only way to survive this," he added.