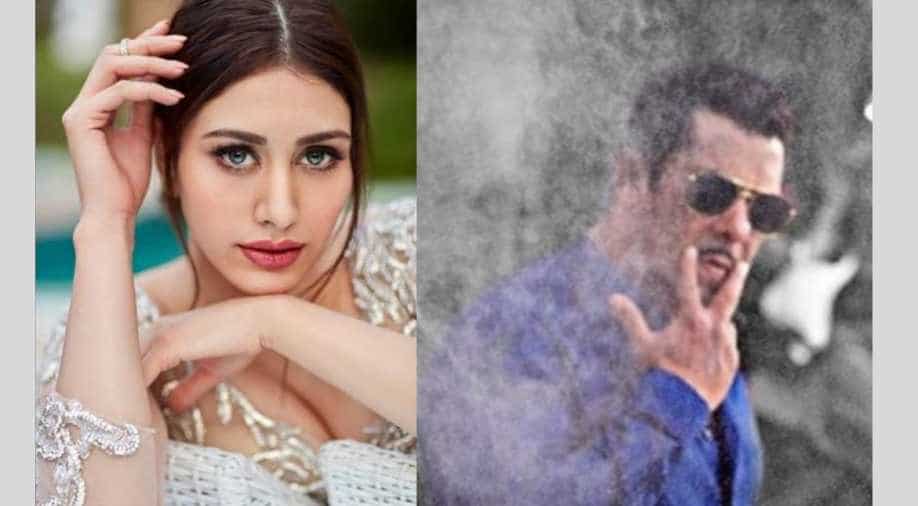 The song was earlier picturised on Malaika Arora with the lyrics 'Munni Badnam Hui' in 'Dabangg'.

Salman Khan will now shake a leg with Warina Hussain and choreographer Prabhudeva in his upcoming film ‘Dabangg 3’.

The song will be called Munna Badnam Hua instead of the original song Munni Badnam Hui that had Malaika Arora dancing to the tunes of the hit song.

A source close to the film said, “Like every time, this time too Salman Khan has come up with a unique dance step for the song. You have seen him do a step with his belt in the Dabangg title track, and you might also remember his towel dance. This time too, he has used his belt in such a way that people will love it and the step will be an instant hit.”

It added, “You can see Salman’s hard work in this song. He has done many difficult steps in the song which are not easy even for the actors of today’s generation. In the song, Prabhudheva’s part will be a special element alongside Salman and Warina. The audience will witness a never-seen-before side of Warina. She is all set to shock everyone with the killer moves that she is performing in this song.”

Earlier, Salman had shared a video where he is seen taking dance lessons from Prabhudheva with Sudeep also joining them.

Dance class from the master himself . . Prabhu Deva @kichchasudeepa @wardakhannadiadwala

Revealing further details of the song, the source added, “According to the theme of the song, Prabhudheva gestures to Warina to call him, but Salman sees this, and in an attempt to win Warina’s heart, he challenges Prabhudheva. Munna Badnaam Hua is sung by Kamaal Khan and it also has a special rap segment by Badshah. The music of the song is so good that it will compel you to dance to it.”

Reportedly, Salman will not be seen wearing his police uniform, rather he will be seen in a normal pant and shirt. Just before the song begins, the villain, played by South Indian actor Sudeep, kidnaps a few policemen and as soon as this news reaches Chulbul Pandey (Salman Khan), he rushes to rescue his companions. After Salman is successful in freeing his companions, the song Munna Badnaam Hua plays.

The film is also directed by Prabhudheva.  It is the third film in Salman’s hit Dabangg franchise and also features Sonakshi Sinha, Arbaaz Khan, Mahie Gill, Mahesh Manjrekar, Sudeep, among others.