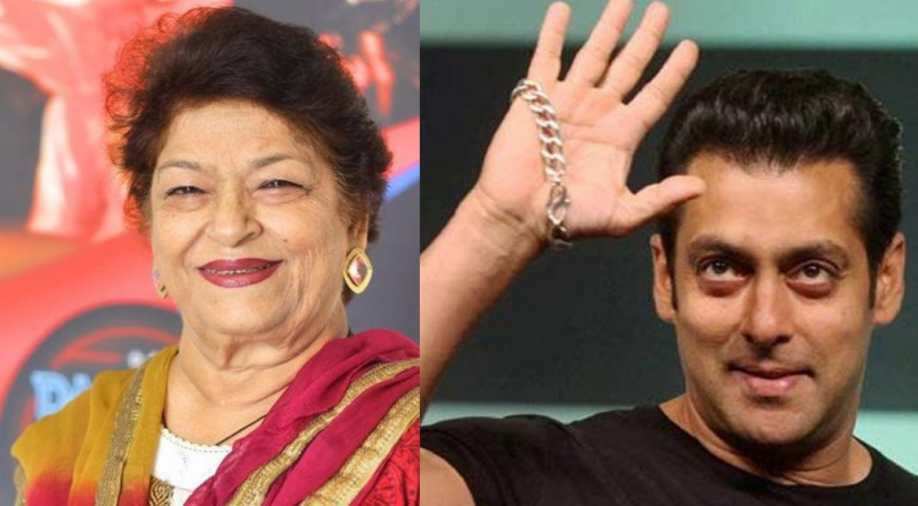 The woman behind iconic steps in ‘Choli ke peeche kya hai’, ‘Ek do teen’ and many other Bollywood songs is now completely out of work.

Who would ever believe that once most-sought-after choreographer Saroj Khan would face financial crisis owing to no work coming her way?

The woman behind iconic steps in ‘Choli ke peeche kya hai’, ‘Ek do teen’ and many other Bollywood songs is now completely out of work. With an illustrious 40-year career, in an interview with Mid-Day, Saroj revealed that she is hopeful of her comeback as Salman Khan promised to work with her.

Saroj said, "When we met, Salman asked me what I was doing nowadays. So I told him honestly that I don’t have any work (film offers), and that I am teaching Indian classical dance to young actresses. Upon hearing that, he said, ‘Now, you will work with me’. I know he is a man of his word, so he will keep his promise."

In an earlier chat with Mumbai Mirror, Saroj had said that she was due to work with Katrina Kaif in ‘Thugs of Hindostan’ but the actress refused to work on the song without rehearsals. She said, “For a while, I had lost interest but now looking at the haalat (condition) of dance, I want to do something good for the industry. I can’t judge actresses because I have only seen them in songs choreographed by others. Katrina looks good and there was a chance of collaborating on Thugs of Hindostan. But as the shoot was coming up, she told the makers she wouldn’t do the song without rehearsals and I was summarily replaced with Prabhudheva.”