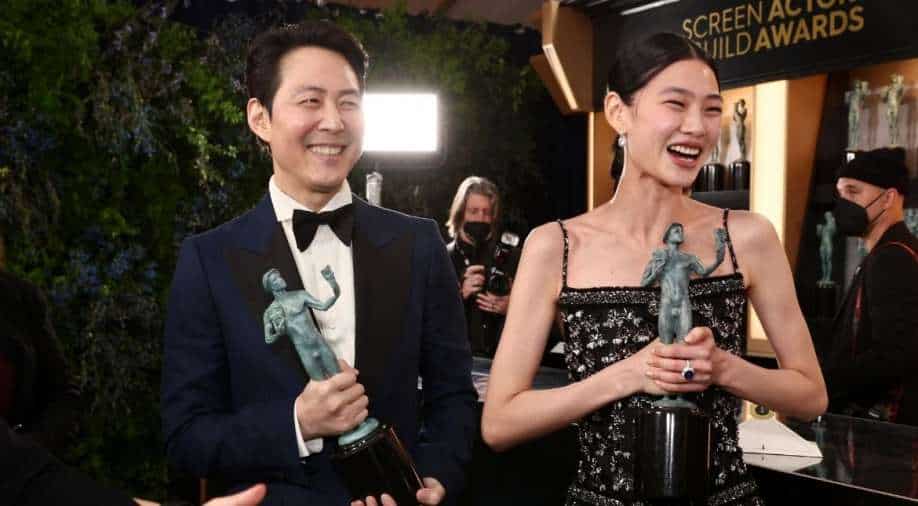 'Squid Game' already had created history as the first Korean TV show and first foreign-language series to be nominated for a Screen Actors Guild award.

It was a historic Sunday night for cast and crew of Korean series 'Squid Game' at the 2022 Screen Actor's Guild Awards. The Korean TV show won two acting wards and an ensemble award at SAG awards.

The show also won Outstanding Action Performance as a Stunt Ensemble at the SAGs on Sunday night making it the first Korean show to have ever won the coveted prizes in the history of the awards.

The series was additionally nominated for Performance by an Ensemble in a Drama Series but lost out to HBO hit 'Succession'.

'Squid Game' already had created history as the first Korean TV show and first foreign-language series to be nominated for a Screen Actors Guild award.

In a statement, show creator Hwang Dong-hyuk had said, "As the director of 'Squid Game', today has to be the happiest moment. I am reminded of all the days spent on first meetings with the cast, the auditions, visiting theaters to see their performances, the script readings, rehearsals and the days on set."

"I want to truly thank not only the cast who have been nominated today but also all of the supporting and the near-300 background talent," he continued. "Squid Game would never have been what it became without the devotion and hard work of every single one of you. You deserve all the glory and credit."

The cast, which includes Lee Jung-jae, Park Hae-soo, Jung Ho-yeon, O Yeong-su, Heo Sung-tae and others, has since made the rounds on the award show circuit.

At the Golden Globes, O Yeong-su made history as the first Korean actor to win a Golden Globe, earning an award for Best Supporting Actor in the Television category.