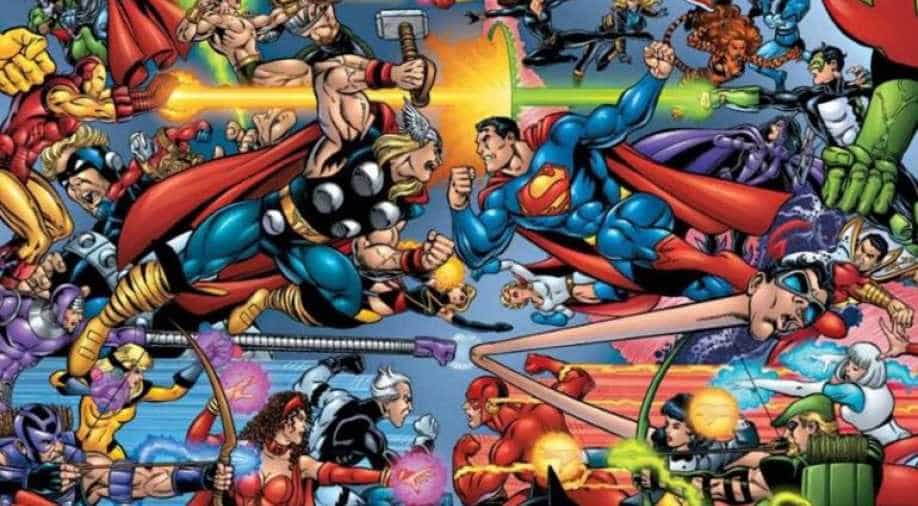 The forthcoming docu-series will take fans through a journey documenting the growth of comic books as a new American art form, following the rise of the two companies.

In a cheer for all the Marvel fans, the brothers behind 'Avengers' - Joe and Anthony Russo -- are now set to launch a new series, which will present the decades-long vying between Marvel and DC!

Named 'Slugfest', the series at Quibi, the mobile TV subscription startup, seeks inspiration from the book 'Slugfest: Inside the Epic', 50-Year Battle Between Marvel and DC by Reed Tucker, reported a magazine.

The forthcoming docu-series will take fans through a journey documenting the growth of comic books as a new American art form, following the rise of the two companies which went on to become comics-publishing and Hollywood powerhouses. Moreover, it will also showcase some lesser-known stories from both Marvel and DC's history, including some interviews with creators of the best-known superhero characters in the world.

The upcoming docu-series will receive direction from Don Argott and Sheena M. Joyce, who are behind the award-winning documentaries 'Believer' and 'Framing John DeLorean'. It is set to be bankrolled by Todd Makurath, Peter Rieveschl, Nick Gilhool, and Jen Casey.

Earlier in September, it was announced that the two will receive the International Cinematographers Guild Publicists Motion Picture Showman of the Year Award at the 57th Annual Publicists Awards ceremony scheduled to be held next year.

They also premiered their feature 'Mosul' directed by Matthew Michale Carnahan at the Venice and Toronto Film Festivals this year.

After Selena Gomez, Jennifer Aniston speak on misinformation on Instagram