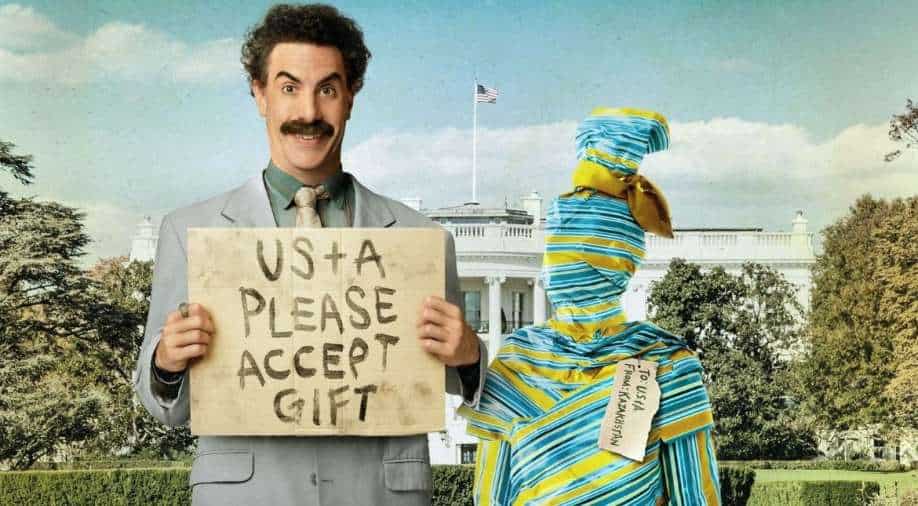 Levinson discussed the incident while appearing at the Producers’ Guild of America panel and revealed that the former mayor of New York allegedly tried to have the filmmakers hauled in by police.

Sacha Baron Cohen is no alien to controversies. His criticism and constant jibes at former US President Donald Trump often landed him in a heated debate with the Republicans. The actor took it to another level with his much-acclaimed, and 2021 award season's favourite 'Borat Subsequent Moviefilm'.

'Borat Subsequent Moviefilm' features an interview with an unmasked Rudy Giuliani in a hotel room during a pandemic. He even reportedly refused a COVID-19 test. Now, according to the film’s producer Monica Levinson, the real scare came after Giuliani’s segment with Maria Bakalova’s faux teenage daughter Tutar came to an abrupt end, following the arrival of a lingerie-clad Sacha Baron Cohen as Borat.

Levinson discussed the incident while appearing at the Producers’ Guild of America panel and revealed that the former mayor of New York allegedly tried to have the filmmakers hauled in by police.

“He claimed we were trying to extort him at the time, which we didn’t ask for anything,” she explained, as per Deadline. “He called all of his New York City cops and said extortion, which was a federal crime. Very smart to bring that up.” The cast and crew were subsequently locked out of the hotel room they had used for filming.

While the crew managed to smuggle the footage they needed, Levinson says she and her fellow filmmakers weren’t able to retrieve their equipment in time. “We would hide tapes in our pants. There are always ways to make sure we got out the data,” she recalled. “We actually had to rent new equipment. It was a really stressful time that evening because the hotel wouldn’t let us take anything out of the rooms.”

Having herself spent 19 hours in jail during the filming of the first Borat movie, Levinson and her crew decided to get out of the five boroughs entirely, just in case.

“We ended up confabbing with our lawyers,” she said. “I called the production team and said, ‘Let’s get everyone to New Jersey tonight.’ It was 11 o’clock at night. I didn’t want a repeat of what happened to me on the first movie happening to the entire crew.”