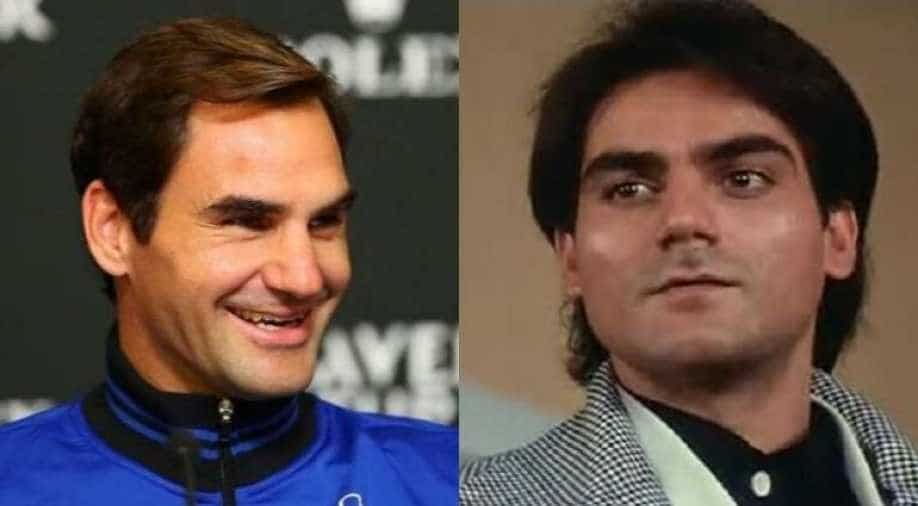 Thankfully, there were others who genuinely wanted to recommend some classics to Federer.

Who's not enamoured by Bollywood? The elaborate song-and-dance routine, the granduer and the compelling plots make Bollywood films popular across the globe. On Wednesday, tennis star Roger Federer took to Twitter to ask for recommendations of Bollywood films.

Soon after, fans stormed his timeline with suggestions like `Wonder Woman` and `Detective Pikachu`.Seemingly unconvinced,

Federer decided to seek more help from followers as he asked, "A Bollywood classic maybe?"

One would expect his Indian fans to recommend some cult classic - which a lot of them did- but Federer also got introduced to a lot of Arbaaz Khan film titles. Fans for the longest time have called Arbaaz Khan a doppelganger of the tennis star and so, on Wednesday, some of them thought that it was perhaps important for Federer to know about the actor.

From Khan's debut film 'Daraar', to 'Hello Brother' to 'Soch'- fans replied to Federer's tweet with the film posters.

Sir your biopic in Bollywood pic.twitter.com/kX8nTRtrVb

Watch yourself in any arbaaz khan movie😂

Watch DDLJ. Greatest movie ever made in Bollywood.

These are all classics sir . pic.twitter.com/vVaMInA1je

Whereas others suggested him to check out `Gully Boy` which was recently selected as India`s official entry for Oscar Awards.
Most of the player`s fans and followers recommended him popular sports dramas like `Chak De! India`, `Dangal,` `Bhaag Milkha Bhaag,` `Lagaan` and `Sultan`.

On the other hand, Twitterati also advised him to go for the "greatest movie ever made in Bollywood, DDLJ (Dilwale Dulhania Le Jayenge)"

From gifs of movies like `Padmavat` and `3 idiots`, fans also send out memes to the tennis sensation.Federer also quoted some tweets to post replies. "Thanks," wrote the 38-year old, to a fan who listed `Sholay`, `Lagaan`, `Jodha Akbar` and `Dangal` as movies he could watch.