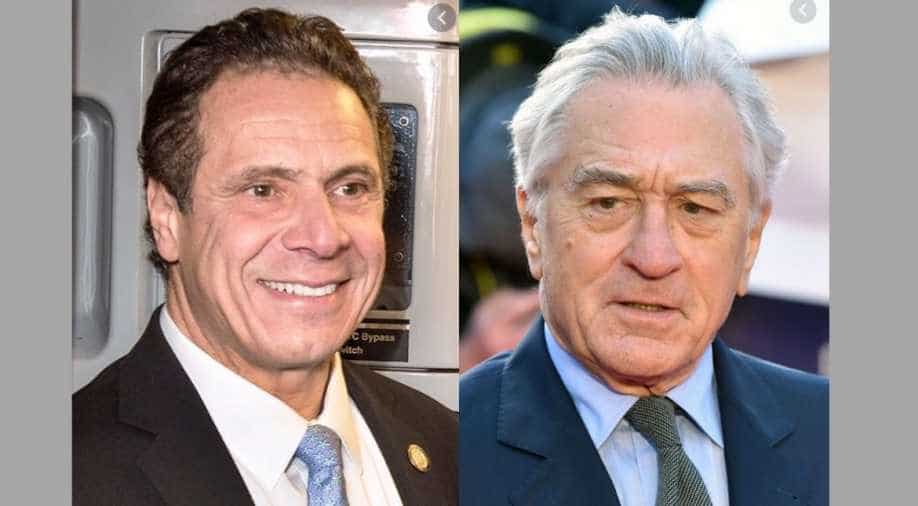 Apparently, the New York Governor thinks its a good idea.

The New York Governor Andrew Cuomo made a virtual appearance Thursday on CBS’ The Late Show with Stephen Colbert and spoke about Robert De Niro’s wish to play his character in a film made on pandemic based in the city.

Basically, Stephen had asked Robert De Niro who he’d like to portray if a film on pandemic was made, to which he replied, “Andrew Cuomo.” They also spoke about Brad Pitt portraying Dr fauci briefly on NBC’s Saturday Night Live.

So when the question was pointed to Andrew Cuomo, he naturally went with Robert De Niro, he said, "De Niro, I am a big De Niro fan. He is just phenomenal. The breadth of his ability, I mean, just look at all the roles he’s played. He can do anything, right? Deer Hunter, Cape Fear, he can do comedy... how 'bout Taxi Driver?"

"I’m going to do Taxi Driver. The next press conference, when a reporter asks me a question" — and then launched into an impression of De Niro's character Travis Bickle in the 1976 crime drama. "You talkin’ to me?" Cuomo concluded by saying, "Oh, boy, that’d be a treat. I’m a big De Niro fan. He’s a genius."

Robert De Niro and Andrew Cuomo share some similarities including being born and raised in New York City.