Robert De Niro to star in Laura Terruso's 'About My Father' 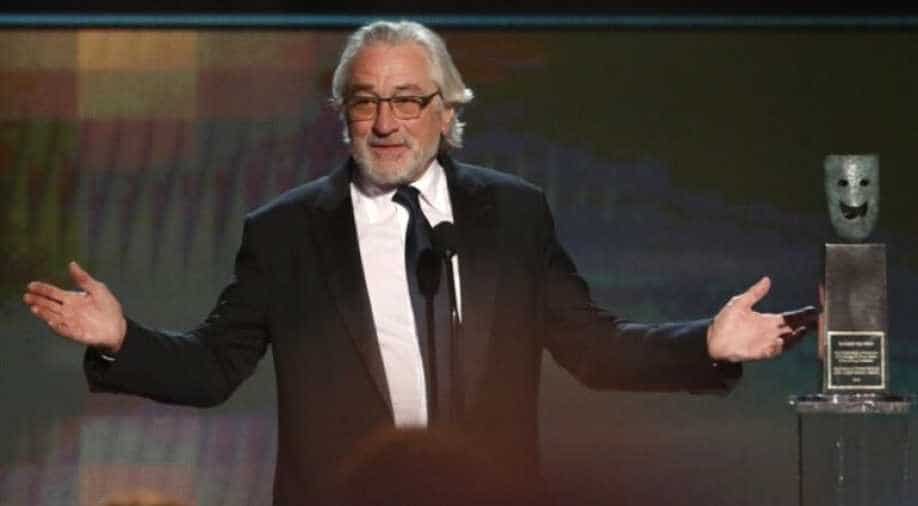 The film's story will follow Sebastian as he tells his old-school Italian immigrant father that he is going to propose to his all-American girlfriend, and Salvo (De Niro) insists on crashing a weekend with her parents.

Oscar-winning actor Robert De Niro will star in `About My Father`, an upcoming film that is loosely based on the life of standup comic Sebastian Maniscalco.

As per Variety, the forthcoming movie will be directed by Laura Terruso, who was behind the hit Netflix YA film `Work It`. The script for `About My Father` will be written by Maniscalco and Austen Earl. De Niro is set to play Maniscalco`s father Salvo in the film, reuniting the pair after first appearing together in ace film director Martin Scorsese`s mob drama `The Irishman`.

The film`s story will follow Sebastian as he tells his old-school Italian immigrant father that he is going to propose to his all-American girlfriend, and Salvo (De Niro) insists on crashing a weekend with her parents. A culture clash and hilarity ensues. Nathan Kahane, president of the Lionsgate Motion Picture Group, shared that production on the film will begin later in 2021.

Kahane also spoke about De Niro joining the film and said, "The way Sebastian talks about his father, Salvo sounds to us like the type of guy who thinks that Robert De Niro should play him in a movie. So we thought, why not?"Kahane added, "Actually, Robert De Niro is incredibly selective about the projects he chooses, so we are thrilled that he responded so strongly to this hilarious and heartfelt screenplay. He`ll make a fantastic and funny pairing with Sebastian."

Depth of Field, the company behind Lulu Wang`s `The Farewell` and Disney`s upcoming `Pinocchio` remake with Tom Hanks, is producing `About My Father`. Depth of Field executives Chris Weitz, Paul Weitz, and Andrew Miano will serve as producers, with Judi Marmel serving as an executive producer. James Myers and Chelsea Kujawa are overseeing production for the studio. Phil Strina negotiated the deal on behalf of the studio.

Maniscalco rose to fame with the release of several popular standup specials, including `Sebastian Live`, `What`s Wrong With People?`, `Aren`t You Embarrassed?` and `Stay Hungry`. In addition to `The Irishman`, his screen credits include `Green Book` and an upcoming still-untitled film by Ray Romano.

Meanwhile, De Niro`s most recent film `The War With Grandpa` was a pandemic-era box office hit, generating USD 40 million in global ticket sales.De Niro will next appear in Scorsese`s `Killers of the Flower Moon', which co-stars Leonardo DiCaprio and is set up at Apple. The Oscar winner is also set to reteam with director David O. Russell for his latest feature, which stars Margot Robbie, John David Washington, and Christian Bale. De Niro will also be seen in James Gray`s `Armageddon Time`.