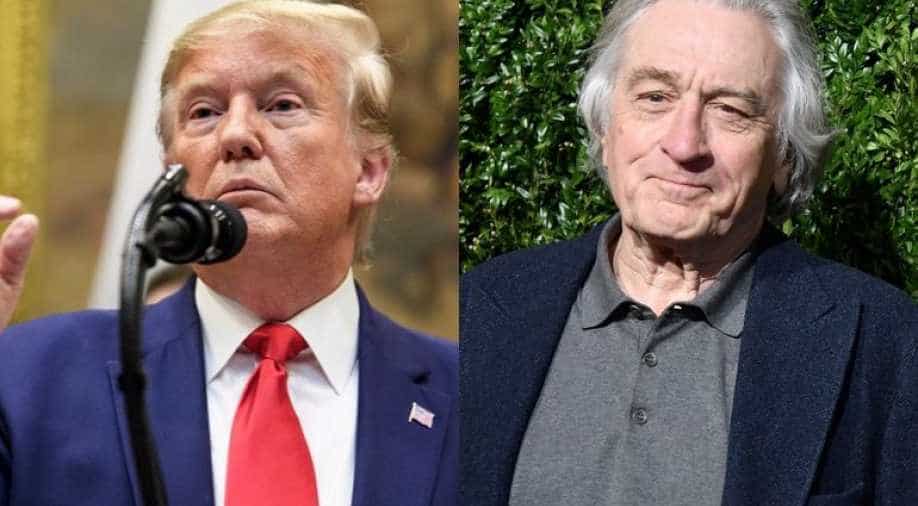 The 76-year-old also gave an interview to the news agency, where he said that the US has 'a gangster president'.

After pop icon, Rihanna, legendary actor Robert De Niro took a jab at US President Donald Trump addressing him as a 'dirty player' attempting to harm institutions in order to 'save himself'.

Ahead of the international premiere of his upcoming film 'The Irishman' at the BFI London Film Festival, De Niro took the stage and said, ''Today, everything's been turned upside-down because of Trump because he's such a dirty player."

Pressing on the need to protect the institutions plus 'the Fourth Estate, the press', the Oscar winner added, "he's trying to destroy them and for only one reason: to save himself. And we all know this".

De Niro got deeper into politics criticising the Republicans who according to the actor, 'are just so afraid to do anything, to stand up'.

While on his UK trip, the 76-year-old also gave an interview to the news agency, where he said that the US has 'a gangster president' adding, I can't wait to see him in jail.

"His upcoming release 'The Irishman' is set to open on streaming service Netflix on November 27 and will be released in select UK cinemas on November 8.

pop icon Rihanna  got candid about her views on the US President Donald Trump calling him an 'ill human'.