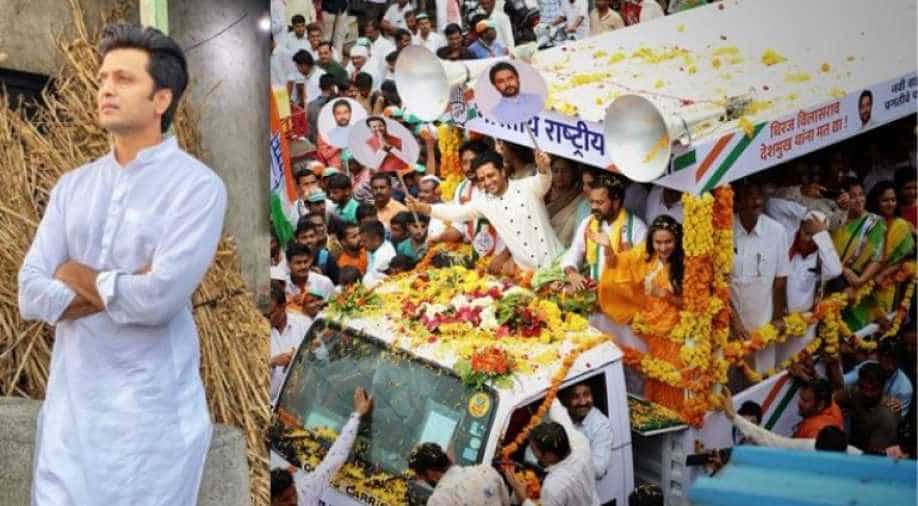 Riteish Deshmukh has much to celebrate this Diwali. Not only is his film 'Housefull 4'releasing on Friday across the country, but his brothers, Amit and Dhiraj Deshmukh have been elected from Latur constituency on Congress ticket.

Proud brother Riteish shared the news on Twitter and wrote, "We did it PAPPA!!! @AmitV_Deshmukh wins Latur (city) by 42000+ votes for the 3rd consecutive time. @MeDeshmukh wins Latur (rural) by 1,20,000 votes. Thank you people of Latur for this faith & trust."

The tweet was accompanied by a picture of him dressed in a white kurta-pyjama and looking intently into the distance. Another photo showed the three brothers, their mother and the wives campaigning in Latur, Maharastra.

Thank you people of Latur for this faith & trust. pic.twitter.com/pOGFsmoEJU

Vilasrao Deshmukh, who was chief minister between 1999-2003 and 2004-2008, nurtured his home district Latur in central Maharashtra during his decades-long political career.

Meanwhile, after 'Housefull 4', Riteish will next be seen in 'Marjaaavaan' in which he plays the antagonist.