Rishi Kapoor in US for cancer treatment? Randhir Kapoor clears the air 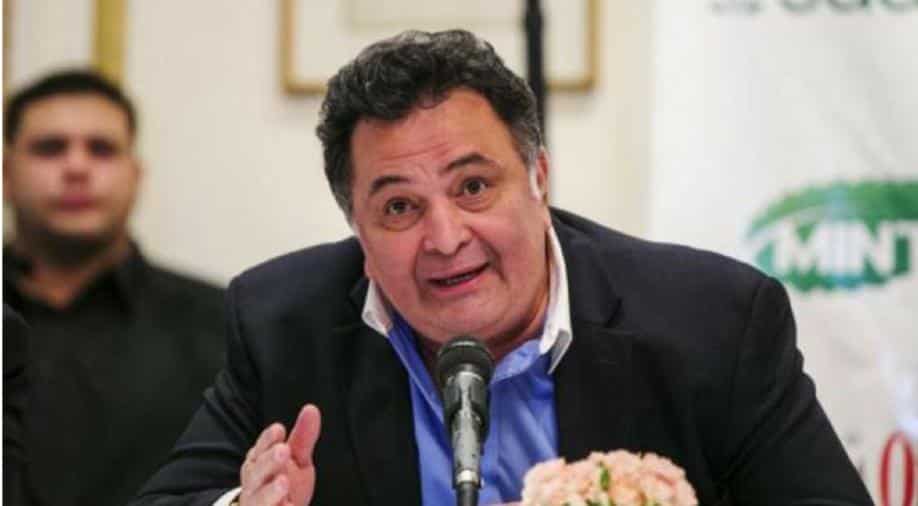 Ever since Rishi Kapoor announced on Twitter that he was going to the US for medical treatment, speculations have been rife that the senior actor has been diagnosed with cancer and hence undergoing advance treatment in the US.

Now elder brother, actor Randhir Kapoor has slammed the report and said it wouldn't be correct to draw a conclusion just yet. Speaking to a leading daily, the actor said, "We don’t know yet what is the exact nature of his ailment. Rishi himself doesn’t know what he’s suffering from. He has not even started undergoing tests there; how can people speculate that he has cancer and that too, one that has escalated to an advanced stage. Let him undergo tests peacefully; whatever the results, we will let everyone know. He only reached America two-three days ago and so far, he was being prepared for the tests that he has to undergo. Depending on what the results are, his line of treatment, medication and other modalities will be decided upon. It’s not fair to speculate things just like that.”

Rishi Kapoor's spokesperson, meanwhile, states that the actor's illness is not 'serious'. "He has gone for some tests and medical examinations to the US. There is nothing serious," the spokesperson was quoted as saying.

Rishi on Saturday said he was leaving for the US to seek medical treatment. He tweeted, “Hello all! I am taking a short leave of absence from work to go to America for some medical treatment. I urge my well-wishers not to worry or unnecessarily speculate. It’s been 45 years “plus” of wear and tear at the movies. With your love and good wishes, I will be back soon.”

Neetu Kapoor and Ranbir Kapoor have accompanied the actor to the US.

On Monday, the senior actor's mother Krishna Raj Kapoor passed away. Rishi, his wife and son could not attend the funeral.