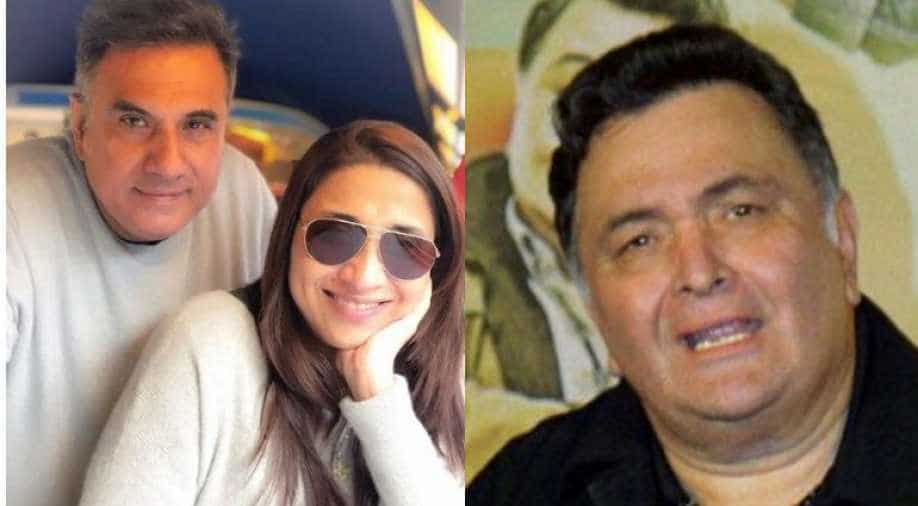 Rishi Kapoor, who is counting days to return to India, after a treatment for an unknown health condition in New York, praised actor Boman Irani and his wife Zenobia Irani.

The 'Jhootha Kahin Ka' actor took to Twitter to shower praises on the 'Terrific couple.' He praised Boman for his acting prowess and Zenobia for her culinary skills. Rishi also revealed that Zenobia fed the entire 'Kapoor & Sons' film unit with the best Parsi cuisine.

Terrific couple. Zenobia and Boman. What an actor he is and she what a cook. She fed the entire “Kapoor & Sons” film unit with the best Parsi cuisine possible for days on together. God Bless you guys love you. pic.twitter.com/9Fwzx3QxRA

The veteran actor, who has been in New York for months now, has been visited by a slew of Bollywood celebrities including Karan Johar, Vicky Kaushal, Boman Irani, Deepika Padukone, Aamir Khan, Alia Bhatt, Priyanka Chopra, Sonali Bendre, and Javed Akhtar.

The actor recently attended the launch of Anupam Kher's autobiography 'Lessons Life Taught Me, Unknowingly' along with wife Neetu Kapoor in New York. The latest outing of the actor 'Jhootha Kahin Ka' had released on July 19.