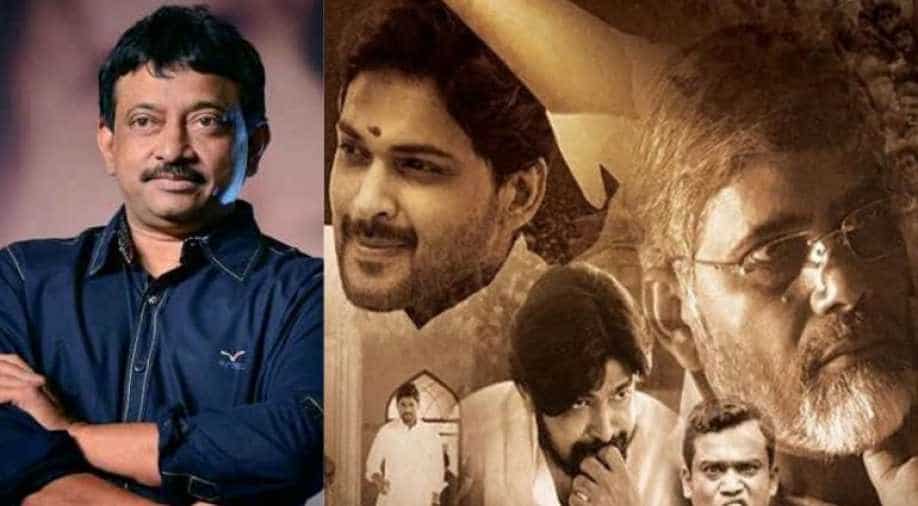 RGV's film was slated to release on November 29 but has now been put on hold.

The Telangana High Court has put a stay on the release of Ram Gopal Verma's film 'Kamma Rajyam Lo Kadapa Redlu'(Kadapa Reddys in the Kamma kingdom) and has asked the filmmaker to change the title of the film.

The advisor to Andhra Pradesh Government (Public Affairs), Sajjala Ramakrishna Reddy has alleged that the title of film suggests"confrontation of two castes". Reddy has addressed a letter to the Regional Officer, at the Regional Board of Film Certification in Hyderabad and said, "The title and the poster suggests that there is a confrontation between two castes, and two trailers of the said film were released earlier to build up the tempo and the teasers have raised much commotion."

RGV's film was slated to release on November 29 but has now been put on hold.

The Division bench of the Telangana High Court comprising of Chief Justice Raghavendra Singh Chauhan and Justice A Abhishek Reddy has stayed the release date.

A copy of the letter was also marked to the Chairperson of the Central Board of Film Certification (CFBC) and the Union Minister of Information and Broadcasting. The letter also suggested that the film title has "caste-based overtones" and the civil society wouldn't "accept such a title".

RGV, meanwhile, had stated to a website that is ready to change the title of the film and has decided to title as 'Amma Rajyam Lo Kadapa Biddalu' (Kadapa sons in the mother's kingdom).

The director had recently shared the trailer of the film which featured Malayalam actor Ajmal Amir as Jagan Mohan Reddy.
'Kamma Rajyam Lo Kadapa Reddlu' is incidentally based on the political situation in Andhra Pradesh. Ever since the trailer released, the film has been creating quite a stir in the state.