Release of Hilary Swank's 'The Hunt' cancelled after mass shootings 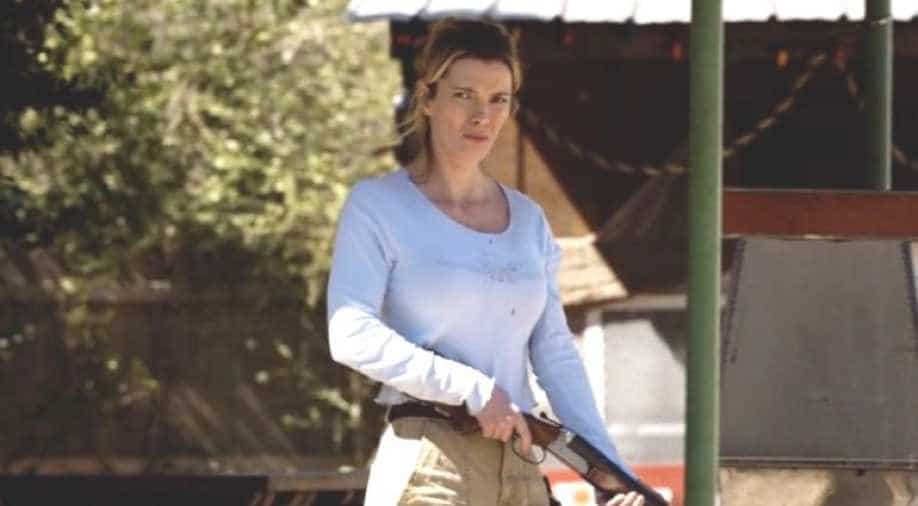 A still from the movie ' The Hunt' Photograph:( Twitter )

Universal Pictures has cancelled the release of its new controversial film `The Hunt` as scheduled in the wake of the recent deadly mass shootings and criticism against Hollywood by US President Donald Trump.

Last week, Universal Pictures pulled ads for `The Hunt` following recent mass shootings in Texas, Ohio, and California that left 36 people dead. “While Universal Pictures has already paused the marketing campaign for The Hunt, after thoughtful consideration, the studio has decided to cancel our plans to release the film," the group said in a statement on Saturday.

"We stand by our filmmakers and will continue to distribute films in partnership with bold and visionary creators, like those associated with this satirical social thriller, but we understand that now is not the right time to release the film," the group added.

"Liberal Hollywood is Racist at the highest level, and with great Anger and Hate!" Trump had tweeted.

"They like to call themselves `Elite,` but they are not Elite. In fact, it is often the people that they so strongly oppose that are actually the Elite. The movie coming out is made in order to inflame and cause chaos. They create their own violence, and then try to blame others. They are the true Racists, and are very bad for our Country," Trump added in his tweet.

Liberal Hollywood is Racist at the highest level, and with great Anger and Hate! They like to call themselves “Elite,” but they are not Elite. In fact, it is often the people that they so strongly oppose that are actually the Elite. The movie coming out is made in order....

A Universal Pictures source told the Hollywood Reporter that the decision to cancel the release of `The Hunt` "was a decision that the studio came to with The Hunt filmmaking team, but ultimately it was about making the right decision, right now. It was a tough call for the company, but studio leadership, led by Donna Langley, all agreed that this film could wait."

Deadline reported that while there are currently no official plans as to what will happen to the film, it could still have a theatrical release at some point, or it could be released via Universal Pictures` parent company Comcast`s upcoming streaming service.

In the past week, some companies including Walmart, ESPN, ABC, have responded to mass shootings in Texas and Ohio by trying to reduce the amount of violent media and video games being shown to Americans, reported CNN.Craig Zobel directed `The Hunt`, based on a script by Damon Lindelof and Nick Cuse.

‘The Hunt`, produced by Jason Blum`s Blumhouse, is about twelve strangers waking up in a clearing, not yet aware they are the target of a violent and bloody hunt that involves guns and blades.

In the trailer, a narrator explains that every year "elites" hunt average Americans from states like Wyoming and Mississippi for sport.
`The Hunt` was scheduled to hit the theaters on September 27.