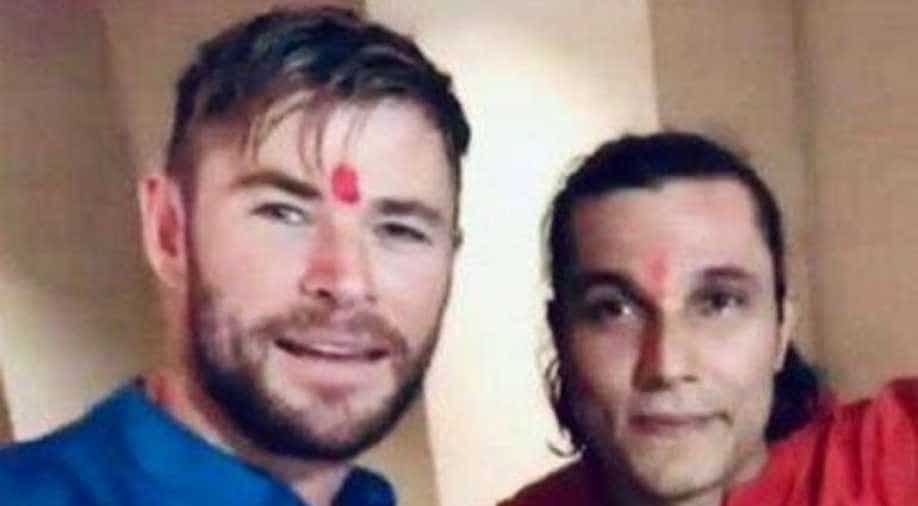 Randeep Hooda and Chris Hemsworth were seen for the first time together in Netflix`s action-adventure `Extraction`, that was released in April.

Bollywood actor Randeep Hooda on Tuesday wished his co-actor and Hollywood star Chris Hemsworth, who is celebrating his 37th birthday on Tuesday.

The duo was seen for the first time together in Netflix`s action-adventure `Extraction`, that was released in April.
Produced by Russo brothers, the Hollywood flick was an attraction among the Indian audience as it was majorly shot in India.

On Tuesday, to mark his co-actor's special day, Hooda took to Twitter and shared a picture along with the Australian star. Both were sported in traditional kurtas.

Alongside his birthday wish to Chris, the `Sarbjit` actor also marked the auspicious occasion of Krishna Jayanti."To Lord Krishna .. and Chris .. a very Happy Birthday!," the actor tweeted.

Chris Hemsworth is best known for his role as Thor in the marvel hit sequel `Avengers`. `Star Trek`, `Blackhat`, `Ghostbusters` are a few, from his long list of movies that come under his credits.