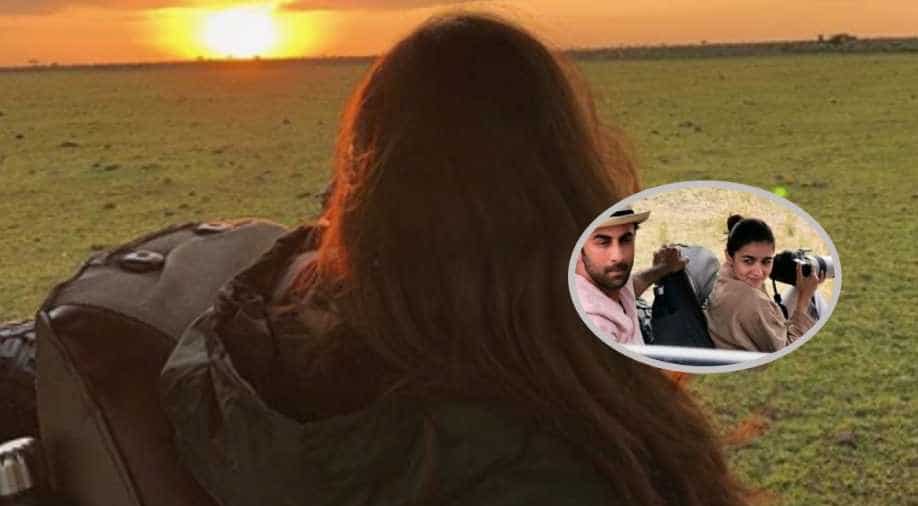 Meanwhile, the two will be seen together for the first time in a film, in epic fantasy ‘Brahmastra’.

One day they set the internet on fire with couple-like pictures at a public event (Mukesh Ambani’s Ganesh Chaturthi celebration in Mumbai) and a day later you can see them having a great time vacationing together. We are talking about the new lovebirds in B-town, Alia Bhatt and Ranbir Kapoor.

They were spotted two days back at Ganesh Chaturthi function at Antilia when they came together dressed in their traditional best. A day later, their vacation pictures will make you want to take that trip right now as Alia Bhatt shared a photo of self on Instagram, enjoying the sun and talking about life in general.

She captioned the image, “Morning is here, the day is new, perhaps this is where the light breaks through.” In the picture, she can be seen with her back to the camera, gazing at the vast plains before her, with the setting sun on the horizon. While there is no mention of Ranbir Kapoor, we know they were together as another picture shared on the photo-sharing app of the two help us complete the frame.

Morning is here, the day is new, perhaps this is where the light breaks through🌞

In another photo, the two can be seen together, enjoying their time at Masai Mara National Reserve. Both Ranbir and Alia are dressed in their casual attire as they are seen on a safari with Alia busy clicking pictures.

Thank you Rabeeca Hameed our follower from Kenya for this cool capture of love birds #aliabhatt #ranbirkapoor ❤❤. I'm sure we will get too see what Alia captured on her Instagram. #viralbhayani @viralbhayani

Meanwhile, the two will be seen together for the first time in a film, in epic fantasy ‘Brahmastra’ that is directed by Ayan Mukerji. The film was supposed to release this year in December but it was earlier announced to be postponed until 2020. The film also stars Mouni Roy, Dimple Kapadia and Amitabh Bachchan, among others.