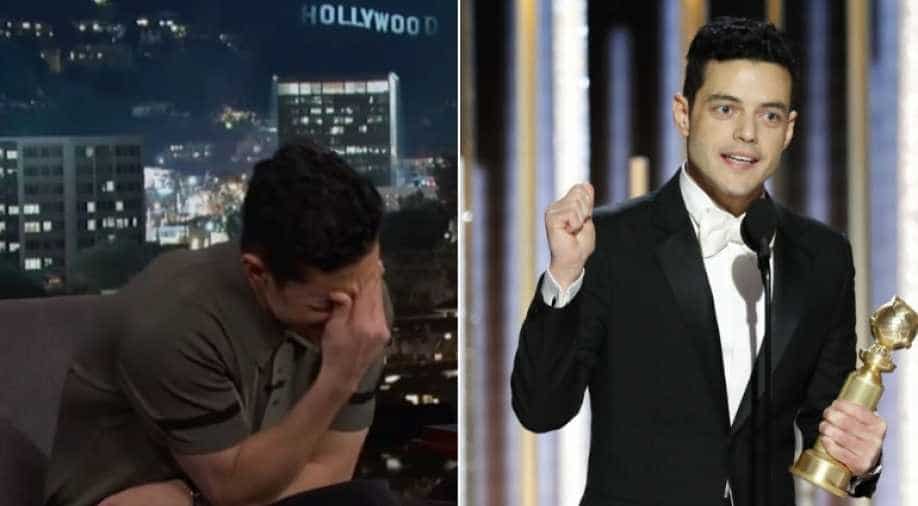 Reacting to the viral video, Rami said, "It was very awkward. I have a feel this is probably haunting me on the internet now."

Rami Malek may have won the Best actor trophy at the recent Golden Globe Awards for his performance in 'Bohemian Rhapsody', but the actor's awkward moment on stage with Nicole Kidman is being discussed far more on the internet.

The incident happened when the 37-year-old actor was at the stage with the rest of the 'Bohemian Rhapsody' cast and crew to collect the award for Best Picture - Drama trophy.

In the video of the incident, which has since gone viral, Malek was seen moving to greet Kidman, who had presented the award. Kidman, unaware that he was trying to catch her attention, turned her back, leaving the actor standing awkwardly behind her.

Appearing on the 'Jimmy Kimmel Live!', Malek recalled the incident, joking it will haunt him for the rest of his life.

"I had not seen that," Rami said after the host twice played the video to further embarrass the actor.

"I've known her for many years, despite what it may seem in that video, so I thought I could easily go up and say hi but in a moment like that... It was very awkward. I have a feel this is probably haunting me on the internet now," he added.

The actor said if not for Kidman, her husband Keith Urban showered praise on him for his gutsy portrayal of Queen frontman Freddie Mercury in the film.
"It's alright, I got love from Keith that night. He's a massive Queen fan," he said.

At the Golden Globes 2019, Malek had won the Best Actor - Drama for the 'Bohemian Rhapsody'. He is also nominated in the best actor category at BAFTA.